British clubbers board boat looking for a rave, end up in Syria

Update: Lewis Ellis has confirmed the trip to Syria was a “prank”.

In the comments of his Facebook page, Ellis said “we just made it up for fun.” Lads will be lads eh?

When Lewis Ellis, Alex McCormick, James Wallman boarded their boat, hungover following a night of clubbing in Cyprus while staying at a resort, they were prepared for dolphin-watching and maybe a little hair-of-the-dog.

“We were wearing boardshorts, hungover, looking like we were ready for a boat party,” Ellis, 25, from Manchester, told the Mirror. But at a certain point they wondered why they were moving so far from land, before turning to panicked questions such as “what the fuck do we do now?”

What Ellis, McCormick and Wallman did not realize was that instead of boarding the dolphin boat boat they’d scheduled, the trio had accidentally embarked on a 100-mile sea journey to Syria, a fact they deduced around 50 miles in. 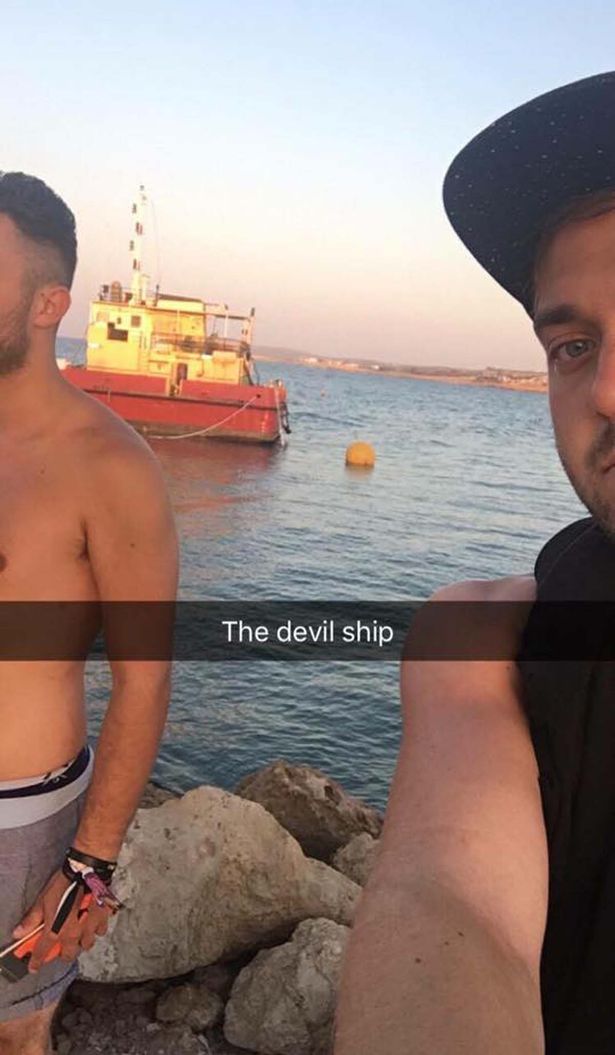 “After hours and hours we turned up in this place and we were like ‘what the fuck’,” said McCormick, 19, from Colchester in Essex.

Upon landing in Syria the three were told to stay on the boat until they were taken to a Russian military base where they discovered their location by checking in on Facebook.

“Eventually we found a translator and when we told him he just fell about laughing,” said McCormick.

The lads are now back at the resort they were staying in after nearly 24-hours with McCormick calling the mishap “one to tell the kids one day”.

The Mirror claim Russia does indeed have a naval base in the port of Tartus, which is one of Syria’s few gateways to the Mediterranean.