Open up the book on Ethiopian music and Hailu Mergia should be right there on page one.

The keyboardist, army accordionist and synth pioneer spent three decades carving out a national reputation both as a solo artist and a member of groups like Addis Ababa funk outfit the Walias Band, putting out a stream of cassettes along the way, from synth-led Afro-funk to an Ethio-jazz masterpiece.

The Walias Band’s signature track, the horn-led ‘Muziqai Silt’, has been passed between African music heads since the ‘90s, but most of Mergia’s output was largely unknown to the wider world until a few years ago when Brian Shimkowitz, the crate-digger behind the Awesome Tapes From Africa blog, picked up a cassette on a trip to Addis Ababa. Hailu Mergia And His Classical Instrument was given a full vinyl and digital re-release in 2013, finally bringing a vital document of Ethiopian musical history to a wider audience. 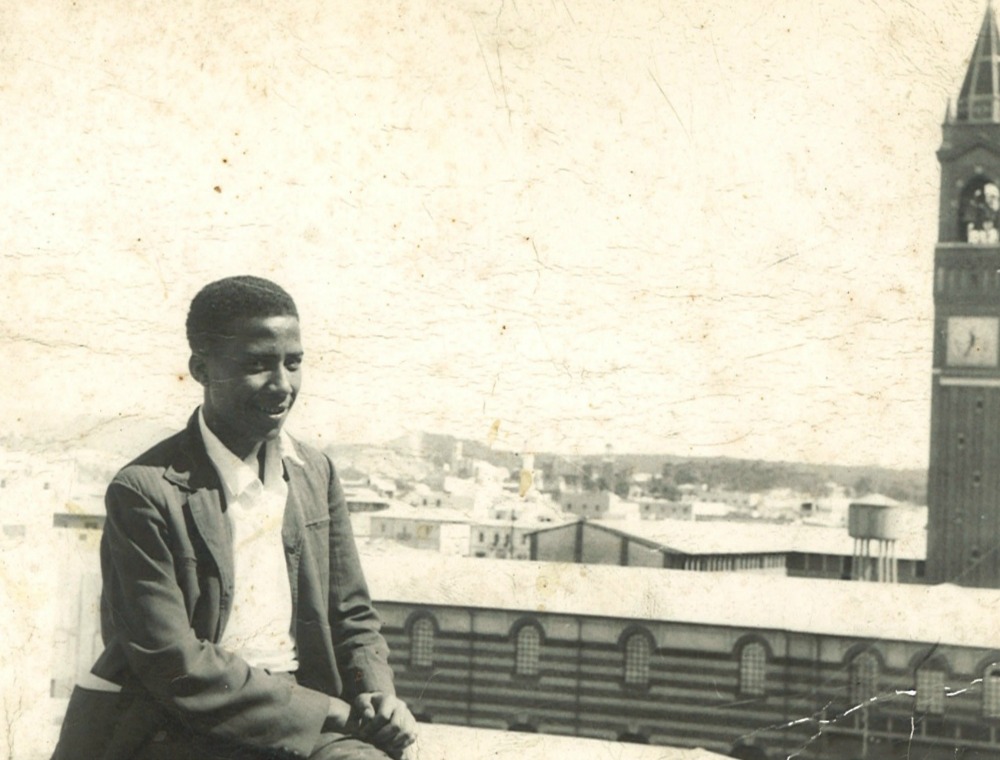 “When you write lyrics you have to support the government, and if you don’t do that then you have a problem”

Born in Debre Birhan, Showa Province, in 1946 (or 1938 in the Ethiopian Coptic calendar, which is seven or eight years behind) to parents of Amhara and Oromo descent, Mergia grew up imbibing traditional Amhara, Tigrinya and Oromo songbook melodies. Aged three, he moved with his mother to a town near the capital and at 10 they settled in Addis. He began playing the accordion at 14 as a boy scout in the Ethiopian army, and despite leaving the military at 16, claims he “learned everything from that club.” After leaving the military he kickstarted his career as a singer and accordion player by fronting various touring groups around the country.

Mergia’s contribution to Ethiopia’s popular music was defined by his mastery of the keyboard and the accordion and his talent for re-purposing folk songs into funkier modern melodies. “As soon as the organ came along I learned to play it,” he told me from his home in Maryland, where he has lived for the past 16 years. In the early ‘60s he added electronic organ to his repertoire before settling on the synthesizer when the first models arrived in the country the following decade. “I had no choice, because I was playing in clubs and none of them had pianos. It’s just always been very comfortable for me to play the keyboard, and everyone loved the sound of the organ!”

A huge amount of Ethiopia’s popular music stems from its tradition of government-approved bands, or “private groups”, taking up residence in hotels and nightclubs. With the organ as his instrument, Mergia formed the Walias Band at city nightspot Zulu Club in the late ‘60s, recording several albums with the eight-piece ensemble and quickly becoming embedded in the Ethiopian consciousness.

A cultural revolution had kicked into gear in Ethiopia a few years prior to the Walias Band’s formation following a failed military coup in 1960 to overthrow Haile Selassie’s imperial rule. Addis’ musical atmosphere had until then been rigidly old-fashioned, restricted by Selassie to 1920s-style military music, which allowed only trained and salaried institutional groups, including the Imperial Bodyguard Band and the Army Band, to perform. Western-style music was banned, but the attempted coup resulted in the arrival of US peace corps, who in turn brought with them Stax and Motown records, opening the gateway to what is now considered a golden age of Ethiopian music.

The ‘Swinging Addis’ of the early ‘60s to mid ‘70s, with its commingling of funk and big band jazz along with military brass bands, conventional Ethiopian pentatonic scales and Hindi film music, made for a cross-cultural mix that birthed many musical stars. Among them were vocalist Mahmoud Ahmed, also known for his work with the Walias Band, jazz singer Alehmayehu Eshete, and the big band funk of Ethiopian diva Bezunesh Bekele, along with Ethio-jazz trailblazer Mulatu Astatke. Homegrown labels like Amha Records, Kaifa Records and Philips-Ethiopia powered the country’s music scene at the time, since documented by producer Francis Falceto and his 29-album-strong Ethiopiques series, which began in 1997. 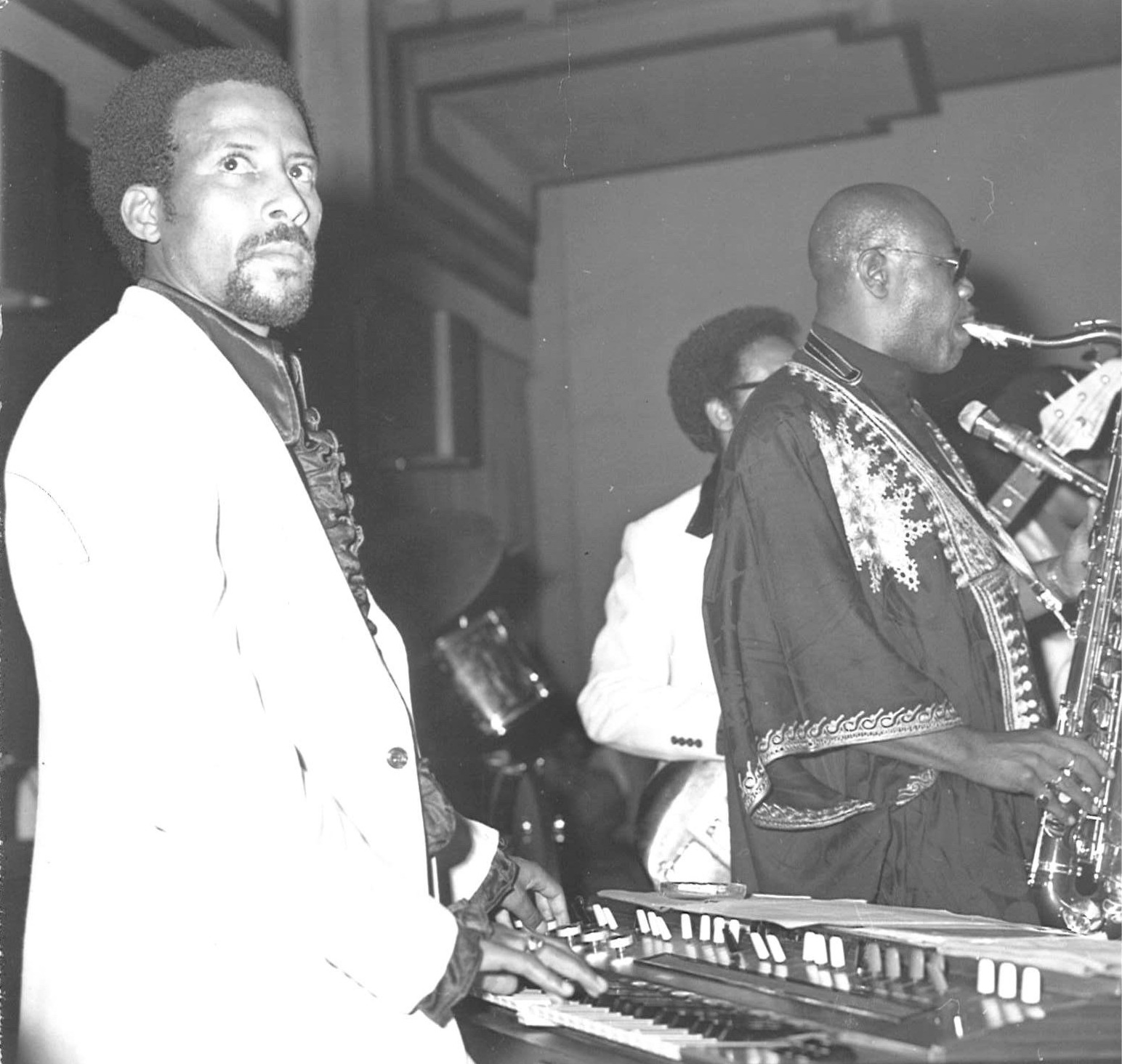 Finding favour with these new western-infused sounds, the golden age provided a fertile breeding ground for Mergia to nurture his traditional-meets-modern aesthetic. “Golden age music always had a different message,” he says. “Songs could be about love, politics, our country – any kind of experience – and the lyrics, composition and arranger would all be different. For example, if I composed a melody, the lyric composer would be different.”

But in 1974, the golden age ground to a halt when a military coup toppled Selassie and replaced the emperor with the oppressive Derg dictatorship. Censorship was common and making music under the Marxist Derg was tough, but Mergia continued to record albums, and says he only came up against obstacles while writing pieces for national TV. One way around censorship, of course, was to stick to instrumentals: “When you sing or write lyrics you have to support the government, and if you don’t do that then you have a problem.” Ethiopian music was traditionally led by a vocalist, with only three instrumental albums released during the golden age: two by Mulatu Astatke and one by Mergia, 1977’s landmark Ethio-jazz LP Tche Belew, which also features Astatke on vibraphone.

In 1978, Mergia joined the Dhalak Band. “I liked the way they did things musically,” he recalls, “so I went to talk to them.” They were a popular band with a new generation of Ethiopians, playing at the swanky Gion Hotel and catering to a fun-loving younger audience. Their sets provided hours of Amharic jams, “modern music, along with some dinner music and jazz,” for two nights a week. That year, Mergia and the Dhalak Band recorded Wede Harer Guzo, a cassette that is finally getting its first vinyl release through Awesome Tapes from Africa on June 17.

Taking its name from Harer, an Ethiopian province which borders Somalia and Djibouti, the essence of Wede Harer Guzo is its style of improvisation, according to Mergia. The dusty, jazzed-infused album offers the kind of songs that would be heard pumping out of TV and radio shows around the capital, and also boasts two of Mergia’s own compositions: ‘Sintayehu’, with its boogie refrain and choral flourishes, and the tropical widescreen shuffle of ‘Minlbelesh’.

“Somebody had already composed the songs with those titles,” he says of the record’s traditional roots, “and I liked the compositions. Back then it wasn’t the done thing to have a choir, so the choir parts and the improvisation are what makes it stand out.” Nationally, the album was a hit. “A lot of Ethiopians really loved the record, and everyone was so excited to hear it as it was kind of a whole new invention, having choir parts with organ like that. People thought it was a new sound and a new kind of vision.”

Mergia was already living in the US when he recorded his heavy-lidded ode to his youth, 1985’s Hailu Mergia & His Classical Instrument: Shemonmuanaye. Re-packaging the 50s-era squeezebox for modern ears, Mergia layered the accordion’s reedy grooves over Rhodes electric piano and Moog synthesizer, weaving in rudimentary drum machine patterns to create a beguiling slice of Ethiopian nostalgia; one that proved irresistible to the Awesome Tapes founder when he stumbled on it during a trip to Ethiopia. 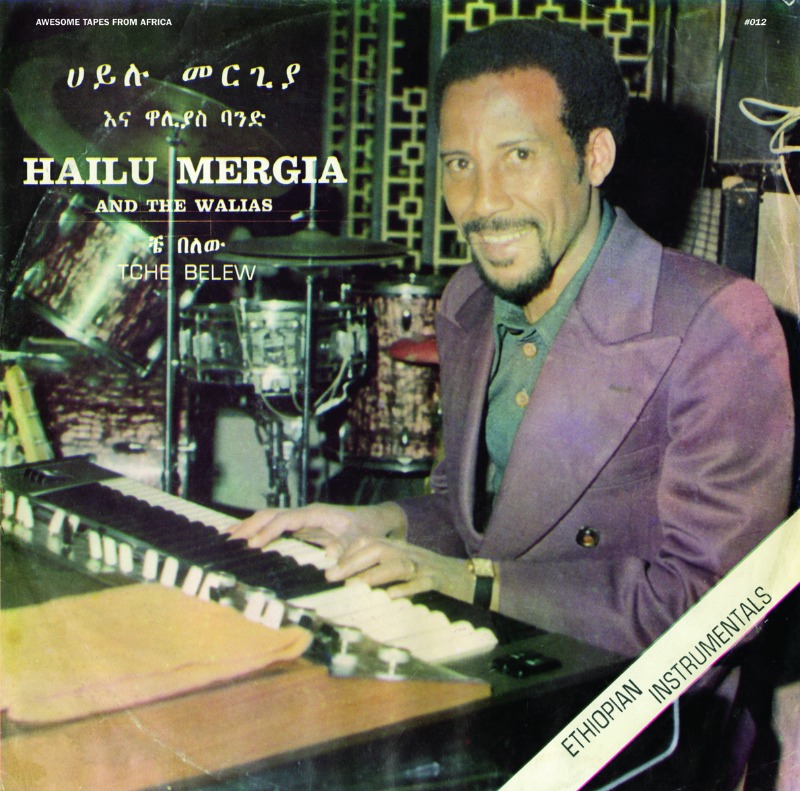 Mergia had moved to America when the Walias Band came to tour the country in 1981. “After two years touring, some of us decided to stay and some of us went home,” he says. He initially lived in Virginia, but for the past 16 years has been living in “a quiet neighborhood” just outside Washington D.C., where he now drives an airport taxi (like most of us, he admits he does it “for the cheque at the end of the month”).

But in the 10 years he’s spent driving travellers home from their holidays, he has never stopped making music. The battery-operated Yamaha keyboard he carries around in the boot of his car is testament to his commitment; he attends to his craft whenever he can grab a break. “Sometimes I walk, sometimes I read, but most of the time I practice,” he says. He still composes new melodies on his synth, recording ditties on his phone, and says he has “a bunch” of new songs, but isn’t sure what he’ll do with them.

He also still visits Addis Ababa regularly. “When I go back people don’t always recognise me, but as soon as they realise who I am they usually show me respect,” he says, “and that makes me happy.” And what about the next generation of Ethiopian musicians who have grown up in his shadow? “I like their melodies, and most of the time they use the synthesiser, which of course I like. They work very hard and they’re trying their best to improve Ethiopian music, so what’s not to love?”