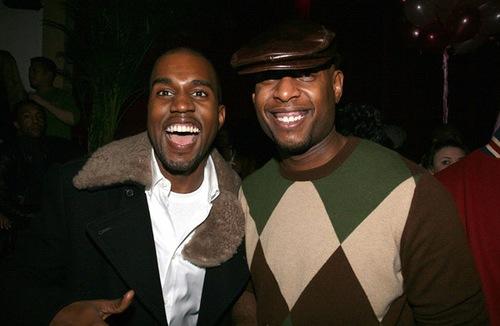 In a recent guest spot on N.O.R.E and DJ EFN’s Drink Champs podcast, Brooklyn rapper Talib Kweli recounted the story of how he first met Kanye West and the drive behind the then young producer’s vision.

Kweli first met West during the recording sessions for his 2002 album Quality, which took place at Platinum Island Studios in NYC. West visited the sessions to meet Kweli’s rapping partner Mos Def and play him some beats.

“I said play me the beats, I’m working on an album. Every beat that Kanye played me […] made it onto my album,” Kweli told the hosts, referring to ‘Get By’, ‘Guerilla Monsoon Rap’, and ‘Good To You’. “I couldn’t believe how good these beats was because I had never heard of him. How have I have never heard of you and these beats and this quality?”

As the conversation continues, Kweli reveals that West already had his first two albums planned out. Following their first meeting, West played Kweli ‘Jesus Walks’, “the song done!”, and ‘Hey Mama’. “This is before he had a deal,” Kweli states. That’s when West told him the first album would be called College Dropout and its follow-up Late Registration and outlined which songs would belong to which and be singles.

In the early 2000s, Kweli brought the young West on the road with him while he was the opener for Common’s Electric Circus tour.

“Kanye had the hot beats but he was trying to sell himself as an artist,” Kweli explain.

You can watch the conversation below and listen to the whole podcast here.