Apple could soon block iPhones from taking photos at concerts 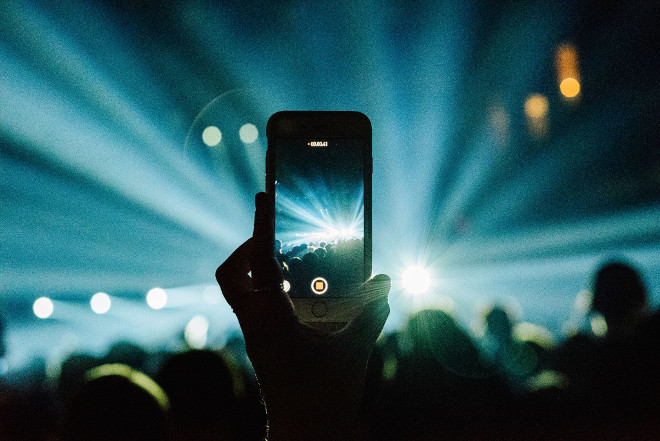 An end to glowing screens at gigs?

Apple has just been granted a patent for technology that could put an end to people using their iPhones at concerts, 9to5Mac reports.

Most cameras are only capable of receiving visible light, but Apple’s patent would allow a camera with extra circuitry to receive data through the invisible infrared portion of the spectrum.

The technology has multiple uses, but what this means for concert-goers is that infrared transmitters in a venue would send data that disables your camera as soon as you hold it up to take a photo or video.

There’s no indication Apple is planning to build this feature into your iPhone yet. The patent application was originally filed in 2011 and technology has changed a great deal since, but as Patently Apple notes it did file for the patent again in 2014.

While the system has obvious uses for artists that discourage audience photography such as Kate Bush, it could also be used to block photography in sensitive locations and stop the illegal filming of movies in cinemas.

Another possible use, as the patent explains, is for museums. It would allow people to hold up an iPhone in front of an exhibit and receive information via infrared that would appear on screen – like augmented reality.

However, with the patent being awarded to Apple, it’s likely it would only feature in iPhones. For those keen to take photos at a concert regardless, there’s always Android.

Not every artist dislikes phone at gigs: Radiohead actively encouraged audience members to livestream their performance at Iceland’s Secret Solstice on Periscope earlier this month.