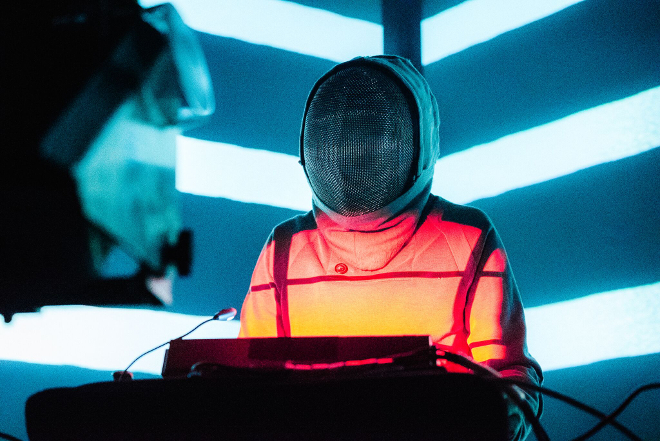 Squarepusher has criticised the results of last week’s EU referendum and invited fans to take part in an international musical collaboration as a means of fostering global unity.

The vote saw 52% of the UK vote to leave the EU, but many musicians were vocal in their opposition of the outcome, with Thom Yorke sharing a petition calling for a second referendum.

“The referendum on the UK’s membership of the EU has had appalling consequences,” Warp artist Squarepusher wrote.”It has amplified many divisions in society and in particular has helped to re-establish xenophobia as legitimate and acceptable.

“Witnessing this against the global backdrop of a resurgence of the far-right, it’s essential that those who find these developments unacceptable make their thoughts known and take action.”

“This piece of music was written in the aftermath of the referendum and I present it as the basis of an internationalist collaboration with sound makers irrespective of what kind of music they make, where they live, their background, their age – all are invited to participate.

“It is not offered as a substitute for progressive political action but as a complement to it. I put it forward in defiance of the bigotry threatening the fragile connections that exist between us all. I hope it will be an opportunity to reaffirm some of those connections amidst a very disturbing situation.”

Listen to the track and download the stems at Squarepusher’s website, and revisit his FACT mix from last year.