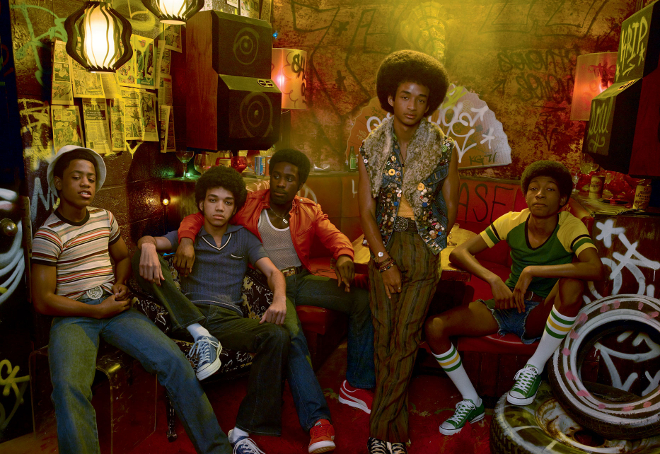 Hear an exclusive track from the rapper in the Netflix drama’s latest trailer.

Baz Luhrmann’s eagerly anticipated hip-hop drama The Get Down launches on Netflix next month, and a new trailer offers a fresh look at the Jaden Smith-starring series, which traces the birth of hip-hop in ‘70s New York.

The latest trailer comes soundtracked by an exclusive track from Nas, who is reportedly a “huge creative force” on the show. Set during the same era as the emergence of punk and disco, the 13-episode series follows the story of a group of teenagers growing up in the South Bronx.

According to reports, The Get Down will be released in two parts, with the first six episodes arriving on August 12 with the remaining episodes following at some point in 2017.

The Get Down isn’t the only television project Nas is involved with. The hip-hop star is also producing a skateboarding film called The Land, which follows a group of teenagers in Cleveland attempting to break into professional skateboarding.