This game reveals the hidden musical connections between your favourite artists

Ever wondered what connects UK landfill indie with the US noise scene?

Online sample database WhoSampled has launched a new game that reveals the hidden musical connections between your favourite artists.

Enter the names of any two artists, and ‘Six Degrees of Music Separation’ will show how they’re connected by samples, cover versions, remixes, collaborations and other production or writing credits.

The aim is to get the better WhoSampled’s musical brain by entering two musicians that are connected by more than six steps, but we’ve struggled to beat the system. For example, tech-noise figurehead Container and MOR indie rockers Keane have four connections despite being at opposite ends of the musical spectrum. 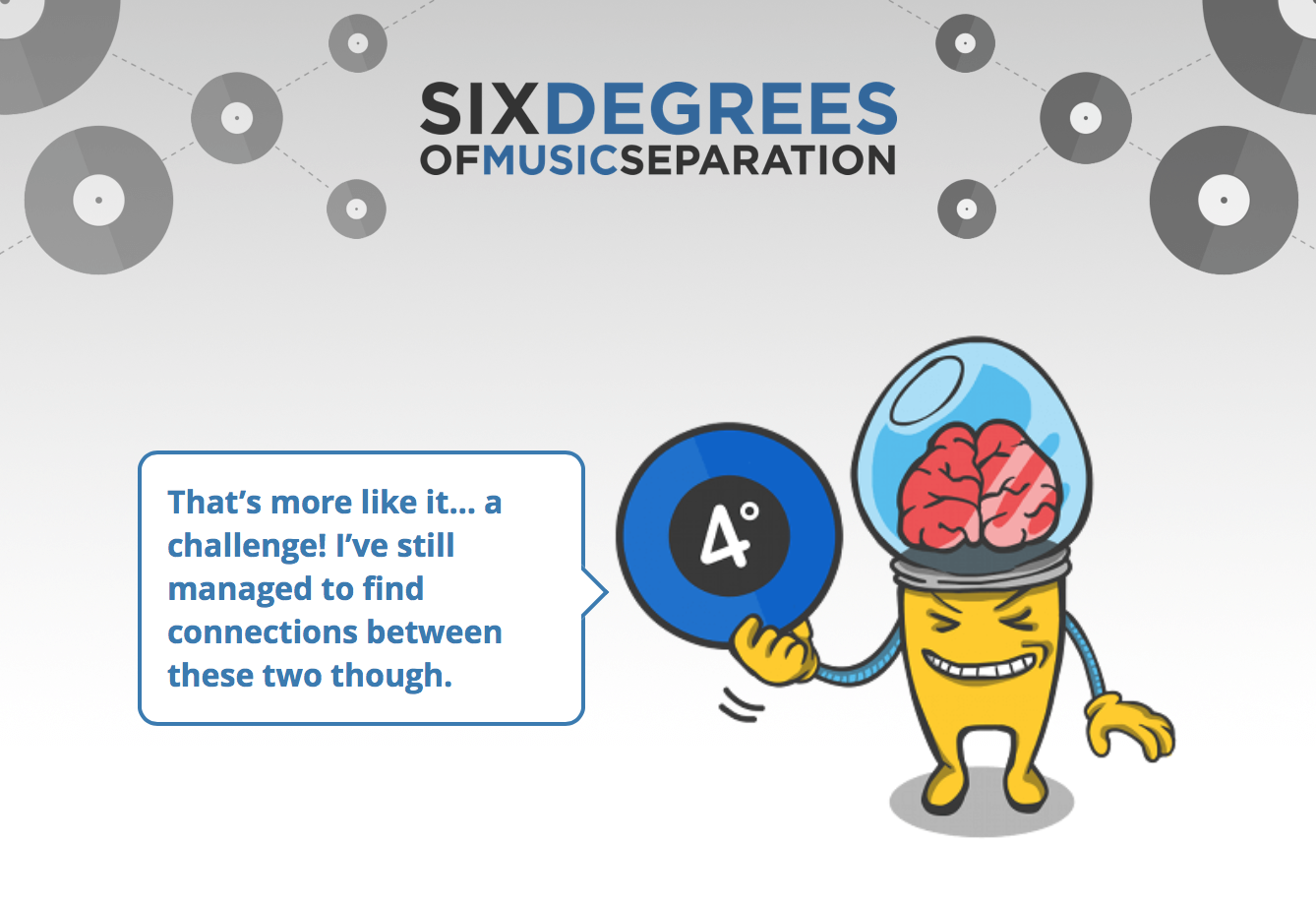 The feature also allows you to listen to the music as you go. Try it out here.

If you’re looking for another sample-based rabbit hole to travel down, WhoSampled last year added film and TV dialogue to its database.

Read next: And the most sampled track of all time is…