Night of the Living Bobbleheads.

There’s no doubt that Public Enemy are one of the most influential, important acts of the last few decades. Their charged Black voice was crucial through the ‘80s and ‘90s as they offered commentary on the American social situation that’s still chillingly relevant. With albums like Yo! Bum Rush The Show and the world-beating It Takes a Nation of Millions to Hold Us Back they transformed perceptions as the world’s awareness of hip-hop grew, and their legacy was cemented. 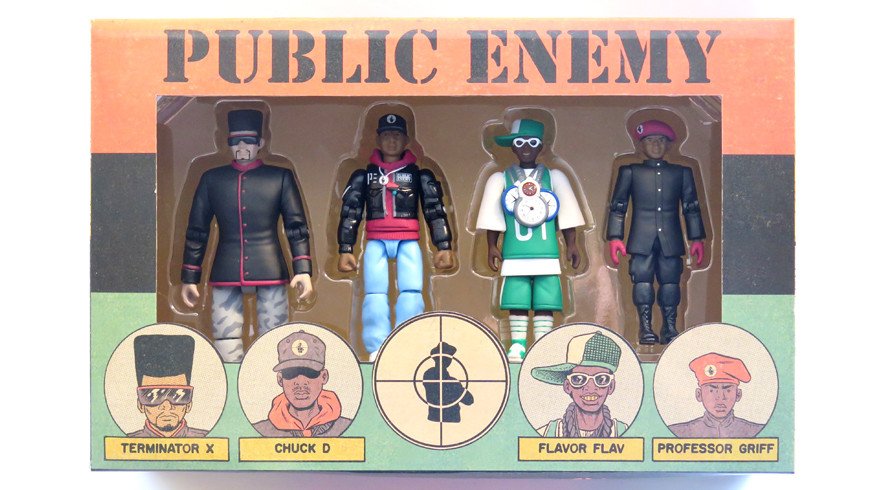 Now the iconic group – Chuck D, Flavor Flav, Professor Griff, and Terminator X – has been made into action figures and they look spot on. The figures are part of a special box set due for release in late August/early September, and are based on Ed Piskor’s amazing illustrations from Hip Hop Family Tree, his comic book that charts the origin of hop-hop.

The set retails for $59.95 and can be pre-ordered from Aggronautix.