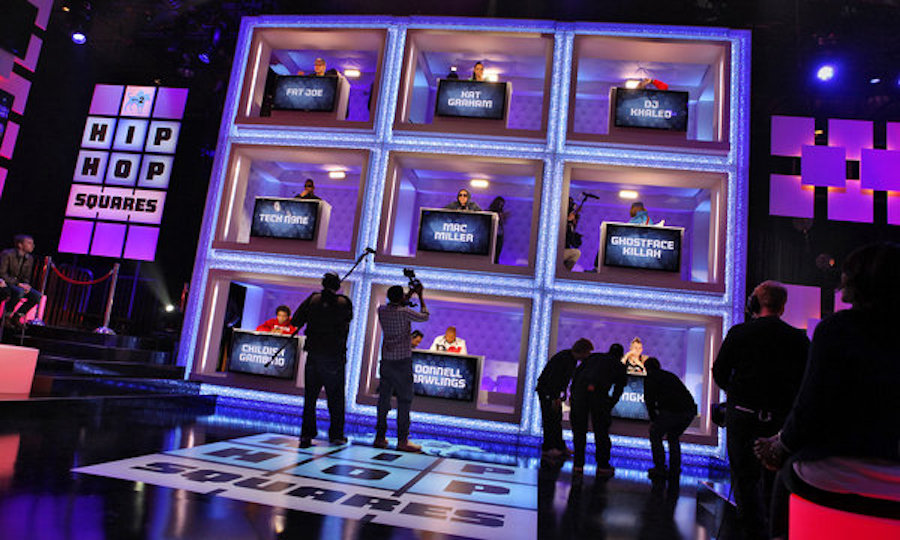 Ice Cube is working with VH1 to revive Hip Hop Squares, a twist on the original Hollywood Squares game show, according to The Hollywood Reporter

The original ’60s quiz game used a tic-tac-toe structure with a twist — each square was occupied by a celebrity who would ask competing players a question. Often, the game was an excuse to just watch humorous antics and ad-libs from the celebrities in the squares, something Ice Cube aims to revive by bringing hip-hop into the show.

Hip Hop Squares certainly has potential considering how many funny and charismatic personalities the rap world has given us and Ice Cube seems keen to carry on the original’s spirit.

“Hip Hop Squares is going to be fun and spontaneous; unlike typical game shows, viewers should never know what’s going to happen next,” he said.

The show had its original run on MTV2 in 2012 before it was cancelled after 20 episodes. The original landed guests included Ghostface Killah, DJ Khaled, Mac Miller, ?uestlove.

The new Hip Hop Squares has not gone into production yet, but VH1 has already ordered 20 episodes. Watch a clip from the original below.