Wiley says Godfather album is still being released in September

Despite tweeting yesterday that he was no longer dropping his forthcoming Godfather album because it was “pointless,” Wiley has said that it’s still being released on September 2 as planned.

Wiley is scheduled to play London’s XOYO tonight (July 29), and despite having a history of not turning up to gigs, he’s assured fans that he will definitely be there. 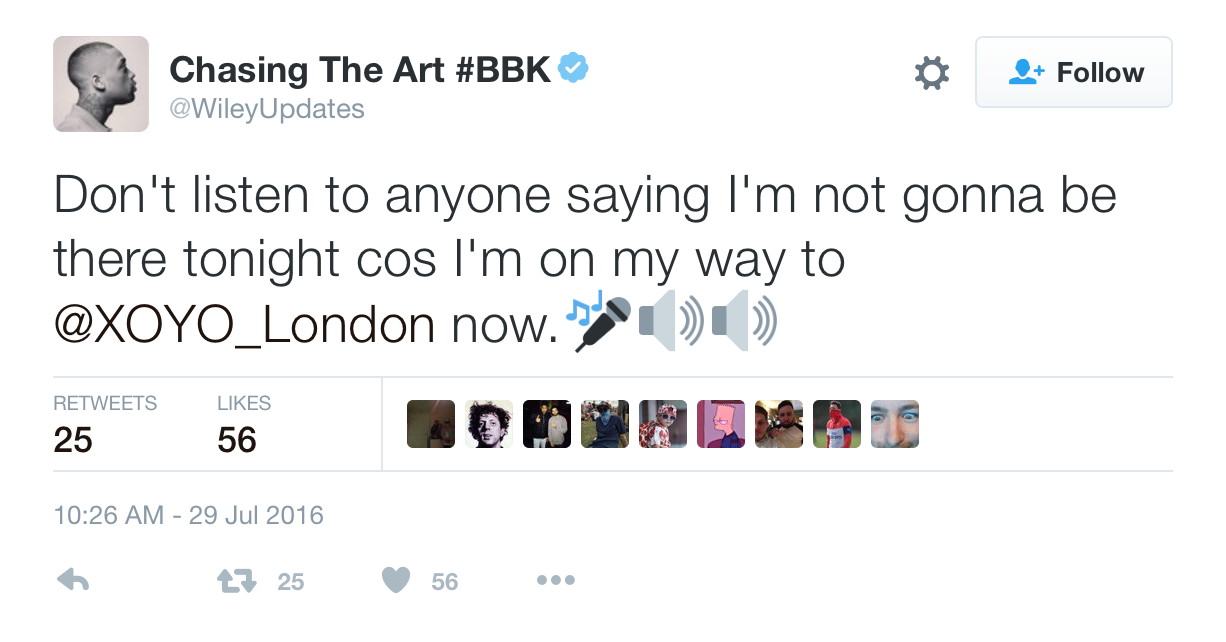 Wiley has also said the album will be preceded by two singles, and will be followed by his autobiography in November. He’s also hinted that Stormzy will make a guest appearance on the album.

Wiley was last sighted guesting on Lady Leshurr’s ‘Where Are You Now?’ – watch the video below.