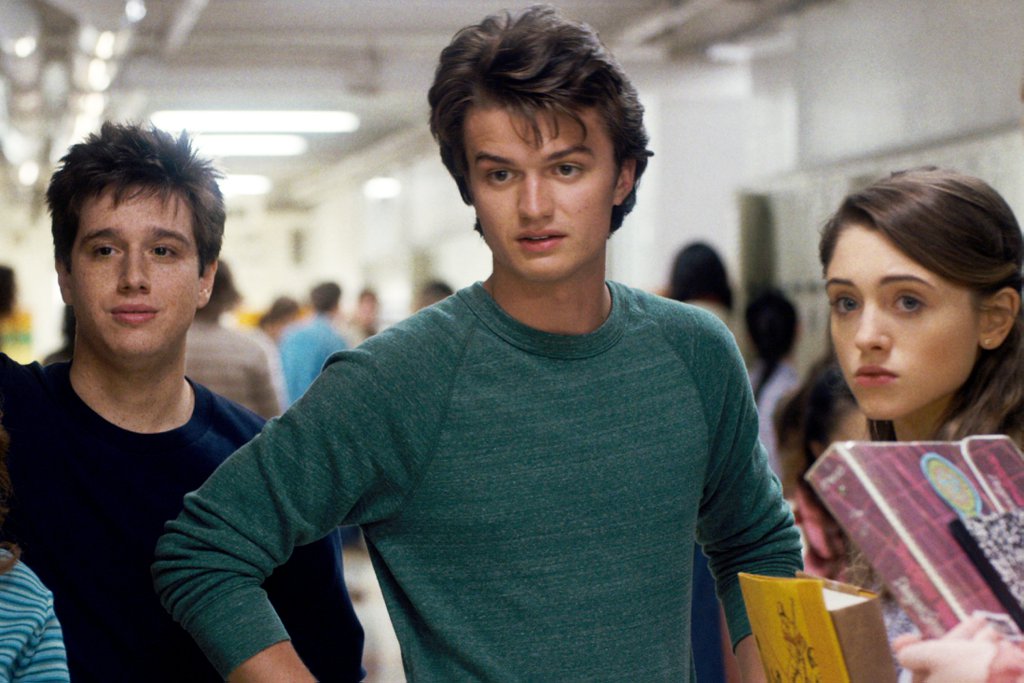 If you’ve seen and enjoyed Netflix’s new drama Stranger Things (and if you haven’t, really, why are you reading this post?) and its amazing synth soundtrack, you may well pick bouncy-haired Steve Harrington, Nancy’s love interest, among your favourite characters.

He is played by Joe Keery, and Joe Keery, it turns out, is in a pretty great psych-rock band from Chicago. We thought you’d want to know. They’re called Post Animal, and their latest album is Post Animal Perform the Most Curious Water Activities. If you’re in Chicago, you can catch them at Chop Shop 1st Ward on August 12 and 13, as Red Eye Chicago reports.

Meanwhile, the show’s brilliant synth-led soundtrack, by Austin band S U R V I V E’s Kyle Dixon and Michael Stein, is getting a proper release very soon. S U R V I V E have also signed to Relapse and have a new album, RR7349, due on September 30.