Jay Z and Kanye West’s Watch The Throne: Exploring the songs behind the samples

From ‘Otis’ to ‘Who Gon Stop Me’ to the all-conquering ‘Niggas In Paris’, Ye and Jay’s 2011 blockbuster remains an explosive ride. Five years to the week of its much-hyped release, Al Horner delves into the borrowed beats that helped build a golden moment in modern rap.

Watch The Throne was almost finished when Jay Z had an out-of-this-world idea. “I want a space shuttle. I want a NASA space shuttle,” he told a meeting room full of management types tasked with organising its accompanying tour. “Alright, so a recreation of -…” one agent began, only to be cut off. “No. I want a real-life decommissioned NASA space shuttle,” Jay insisted. “A space shuttle that went into space. I want it every night on tour across the world, right there on the stage.” There was silence in the room as presumably everyone pondered which detail to break first to him – the cost of buying a Real Life Actual Spaceship, the cost of transporting a Real Life Actual Spaceship on tour, or the fact that there are few venues in the world that could possibly fit a 180-foot-tall space shuttle inside.

Or so the rap industry tale goes. This story did the rounds in hip-hop circles following the 2011 release of Jay and Kanye West‘s long-awaited collaborative album, and whether true or not, at least captures Jay and Ye’s spirit on arguably the millennium’s starriest album so far. There’s a scale and glory to Watch The Throne – from its gleaming gold sleeve to the galactic compositions inside – that makes it pretty feasible indeed that here were two men who genuinely thought a multi-billion dollar government rocket might make a neat stage prop.

A huge part of the album’s excellence, as on all Kanye releases, can be credited to its samples. Producers The Neptunes, Swizz Beatz, Q-Tip, RZA, Lux Luger, 88 Keys, Jeff Bhasker, Mike Dean and West himself assembled on Watch The Throne a sparkling menagerie of sounds borrowed from a vast spread of eras and aesthetics, spanning James Brown deep cuts, 1970s Afro-rock, Italian weirdo prog and much more.

To celebrate the album’s fifth anniversary this week, get into the zone with our guide to the samples that make Jay and Ye’s throne glisten. 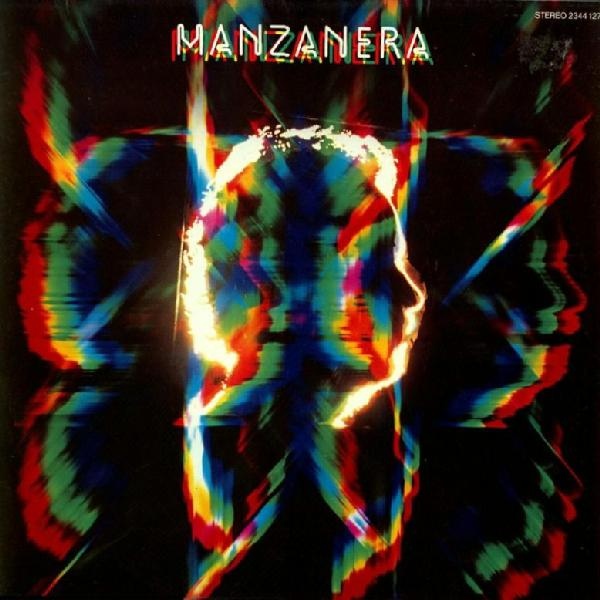 ‘No Church In The Wild’

Five years on, one of the most interesting things about Watch The Throne is the career intersection it now represents for Kanye and Hov. In 2011, Jay was in a uniquely powerful position. Before Samsung-sponsored flop Magna Carta Holy Grail, an elevator sister-in-law beatdown and his disastrous dabble in the world of live-streaming platforms, Jay was perched pretty comfortably at the top of the rap hierarchy.

Kanye meanwhile, though on a roll from 2010’s acclaimed My Beautiful Dark Twisted Fantasy, still loomed in the shadow of his starrier collaborator. Those roles have very much reversed since then, with Jay now a living meme, the punch-line to a million Lemonade tweets. He didn’t appear on Kanye’s The Life Of Pablo, nor did anyone expect him to.

How appropriate then, that Watch The Throne should open with a song about how fluid, changing and ultimately meaningless positions of power are. “What’s a mob to a king? What’s a king to a god? What’s a god to a non-believer?” sings Frank Ocean over a slowed guitar sample from the exuberant ‘K-Scope’ by Roxy Music and Brian Eno peer Phil Manzanera. The rest of the track is peppered with pitched-down squeals from James Brown, whose 1974 Hell album was raided heavily for samples elsewhere on Watch The Throne (see below).

The song skips through hedonistic late-night tales (“coke on her black skin made her striped like a zebra / I call that jungle fever”) before on a sample of Italian ‘70s jazz-proggers Orchestra Njervudarov, whose ‘Tristessa’ later became a motif for Watch The Throne – the album’s weird, snaking brass calling card. 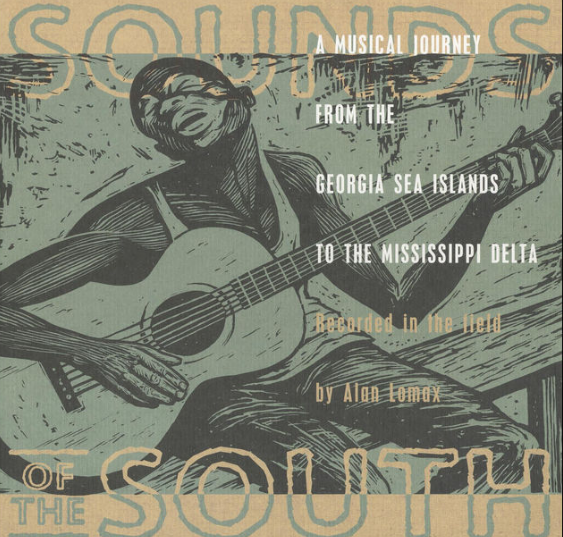 The looped shouts from ‘Baptizing Scene’ – recorded by ethnomusicologist Alan Lomax in the late 1950s – are so subtle you’d barely notice them bedded in beneath Hit-Boy’s monster production. The political context and power those samples lend the song however is huge, bolstering an important message.

‘Niggas In Paris’ – the album’s big single, known to be performed 11 or 12 times in a row at Watch The Throne tour shows – zips by in a cocaine flash of designer shopping bags (“what’s that jacket, Margiela?”) and bathroom stall hook-ups. But Jay justifies it all with a line that, like Beyonce’s recent “the best revenge is your paper” (‘Formation’), nods at something larger, about black music, material wealth and success as a means of racial defiance and protest. “If you escaped what I escaped, you’d be in Paris getting fucked up too,” raps Hov – a line that atop field recordings of a baptism in America’s divided Deep South, seems to take on a grander meaning that’s no longer about Jay’s humble Brooklyn roots. Rap music, the juxtaposition seems to shout, celebrates gold chains and “Rollies that don’t tick tock” because it comes from a people who were never supposed to taste such riches.

Of course, ‘Niggas In Paris’ isn’t all serious. “When I heard it for the first time, I just started to laugh because it felt so surreal,” comedian Will Ferrell said of the sample of his voice at the beginning (“we’re gonna skate to one song and one song only”) and in the middle of the song (“no one knows what that means, but it’s provocative, gets the people going”). Kanye has since then described the actor as having reached “walking living breathing god status.” 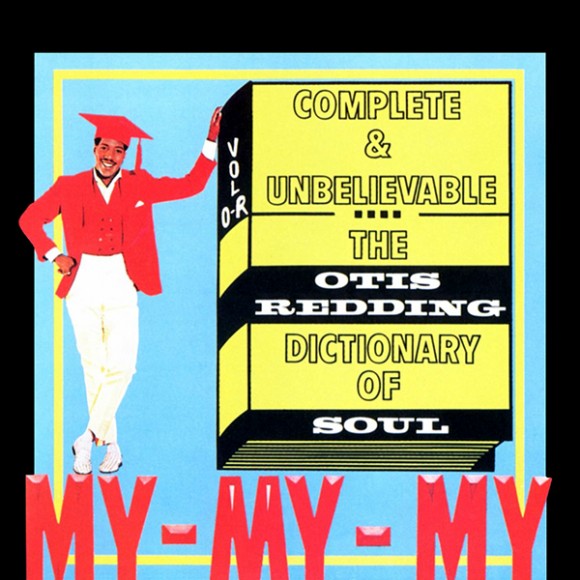 ‘Otis’ relies again on the classic soul sampling Kanye built his name on, but ‘Try A Little Tenderness’ has a backstory that adds further dimensions to Watch The Throne‘s subtle racial protest. The song was previously covered by Frank Sinatra and Bing Crosby, and Otis Redding was put under pressure from his publishers to stop singing from what they called a “negro perspective” on the track when it was recorded in 1966. Redding resisted, and the track went on to become one of his best-loved songs, not to mention the backdrop 55 years later on Jay and Ye’s ultimate anthem of self-celebration: “Yeah, photo shoot fresh, lookin’ like wealth / about to call the paparazzi on myself.” 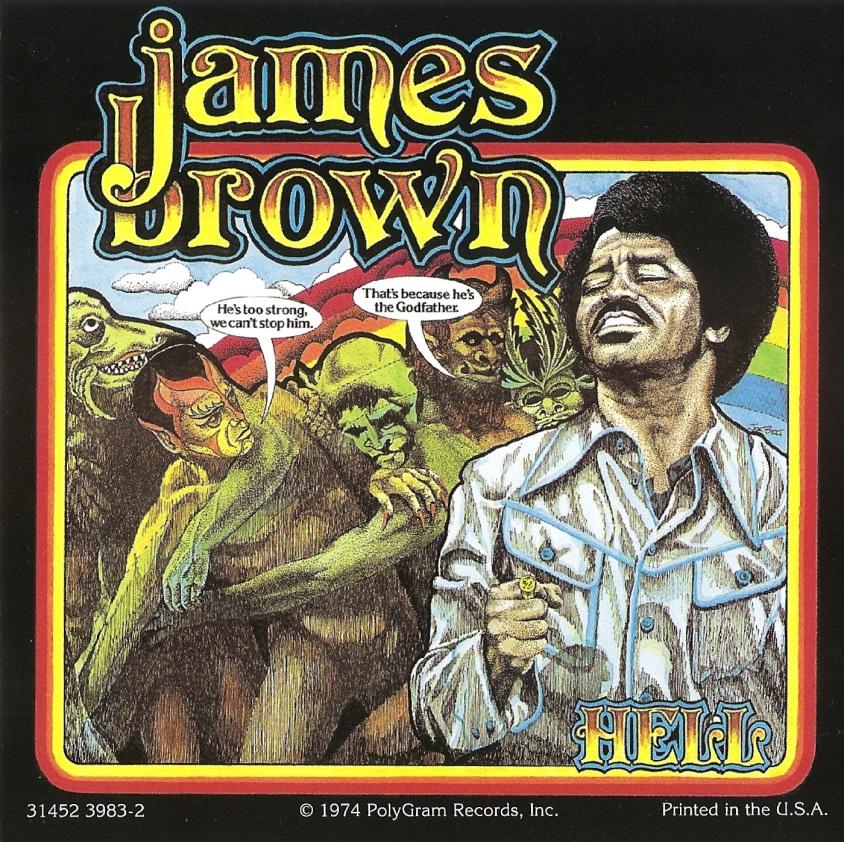 James Brown – ‘People Get Up and Drive Your Funky Soul (Remix)’
(from Motherlode, Polydor, 1988)

‘Gotta Have It’ producers The Neptunes must have a thing for flop ‘90s action movies. How else would they have come across the wailing vocal that’s contorted into a addictive melody on this fierce Watch The Throne cut? 1998’s John Woo-produced The Replacement Killers isn’t noteworthy for much else, and sank without a trace at both the US and Chinese box offices, but makes a killer hook here, interspersed with James Brown’s yelps, grunts and shrieks. 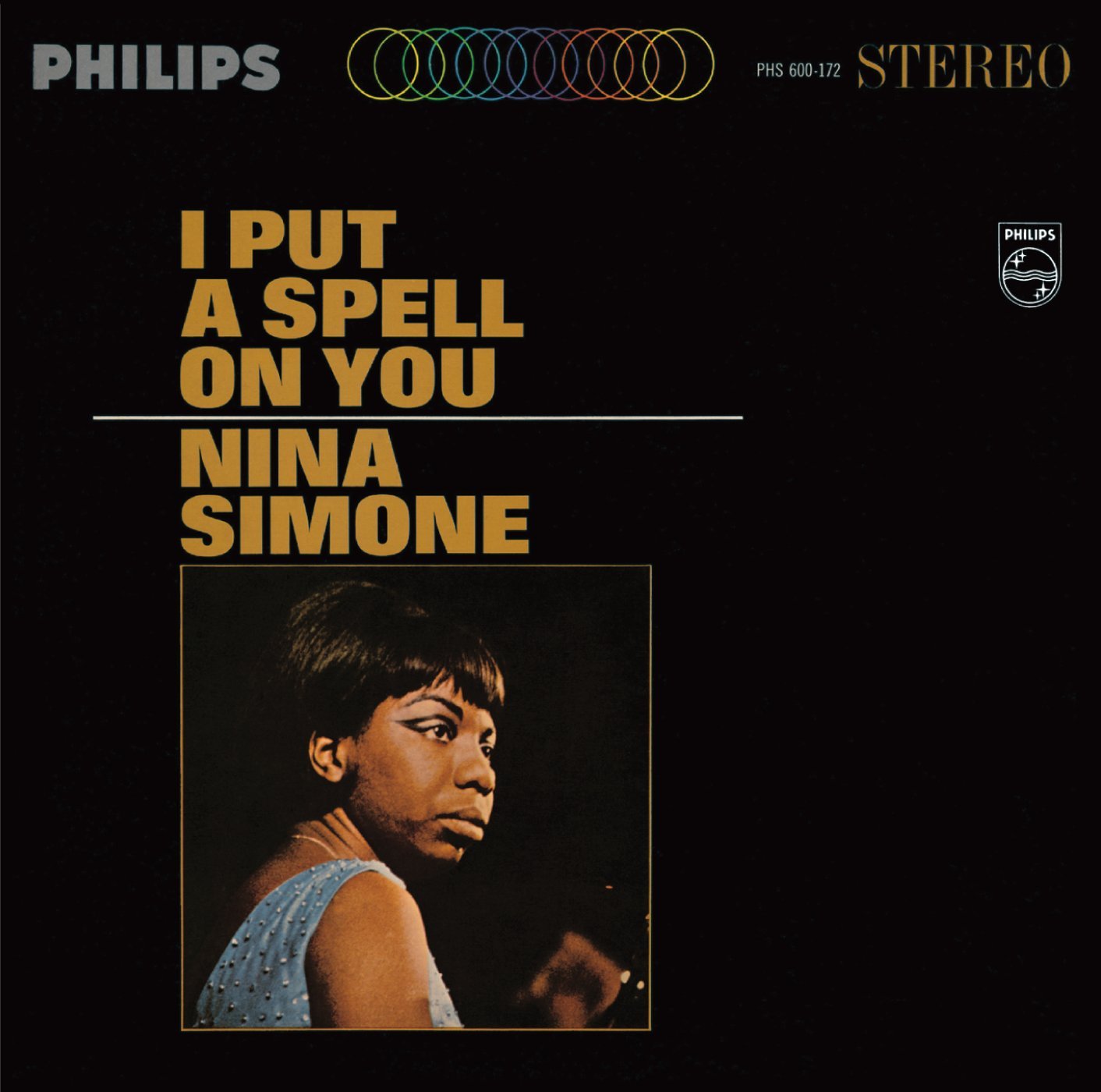 Long before dropping a Nina sample (her rendition of the Four Tops’ ‘Do What You Gotta Do’) on this year’s Pablo single ‘Famous’, there was ‘New Day’. Kanye, re-teaming with the Wu-Tang’s RZA after 2010’s ‘Dark Fantasy’, takes the optimism of one of Simone’s most famous lyrics (“it’s a new dawn, it’s a new day, it’s a new life for me”) and flips it into a murky, uncertain exploration of what the future holds.

Like 2Pac’s ‘Letter To My Unborn Child’, ‘New Day’ addresses the looming prospect of fatherhood. Far from excitement at the prospect of Nina’s fabled new day, however, both Jay and Ye sound somber and terrified. “Sorry junior, I already ruined ya / You ain’t even alive and paparazzi pursuin’ ya,” raps Hova, agonising over the celebrity circus that awaits his unborn daughter. Kanye, meanwhile, grapples with the fear that his child may turn out a little too much like him: “Don’t be like your daddy that would never budge / And I’ll never let him ever hit a strip club / I learned the hard way, that ain’t the place to get love.” 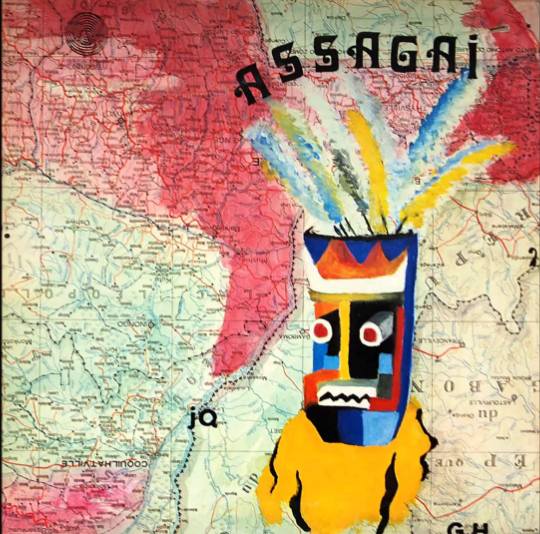 From South Africa and Nigeria but based in London, 1970s Afro-rockers Assagai provide the rhythmic backbone to the Bon Iver-featuring ‘That’s My Bitch’. It’s joined by drums snatched from the appropriately named Incredible Bongo Band’s often-sampled ‘Apache’ break as the song winds into dark territory via a dirty bassline and lusty lyrics (“I paid for them titties, get your own / It aint safe in the city, watch the throne”). 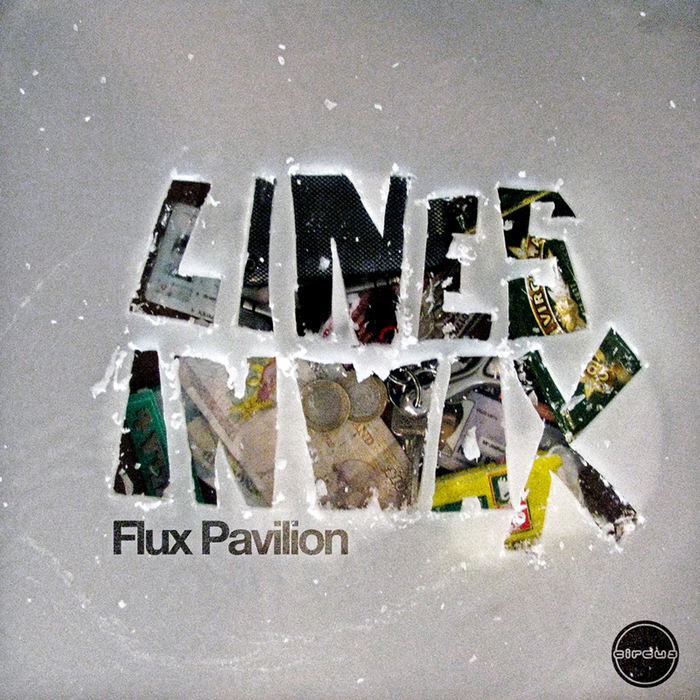 ‘Who Gon Stop Me’

If you were to make a playlist of the songs that best articulate Kanye West’s famous sense of invincibility, ‘Who Gon Stop Me’ would be one of the very first picks. That’s in large part thanks to British dubstepper Flux Pavillion, whose 2010 track ‘I Can’t Stop’ provides the hook and gnarled synths to the most bruising moment on Watch The Throne. 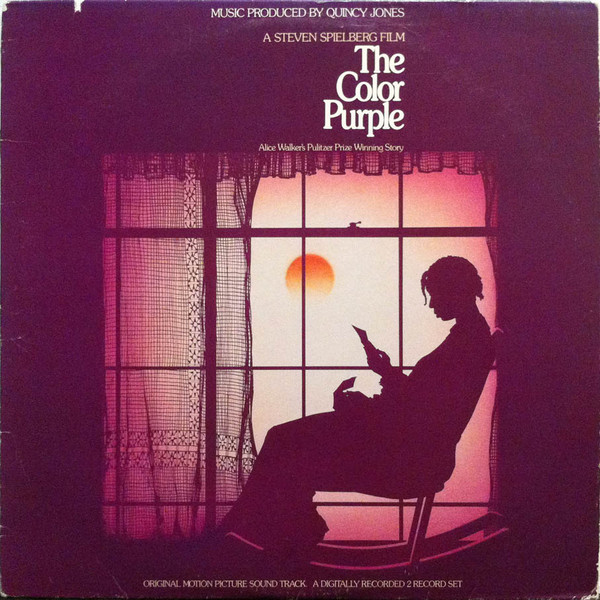 Power of Zeus – ‘The Sorcerer of Isis (The Ritual of the Mole)’
(from The Gospel According to Zeus, Rare Earth, 1970)

Essentially two songs combined into one, the first half of the affecting ‘Murder To Excellence’ – confronting black-on-black violence, leading on from the “holocaust, millions of my people lost” allusions of ‘Who Gon Stop Me’ – is driven by a guitar line you might expect to be a sample, but is actually performed live by Swizz Beats. Its child-like vocal hook is taken from Indiggo Twins’ ‘La La La’, before pitched-up vocals from Quincy Jones’ The Color People OST later add even heavier racial baggage to lyrics like, “What’s the life expectancy for black guys? The system’s working effectively, that’s why.” 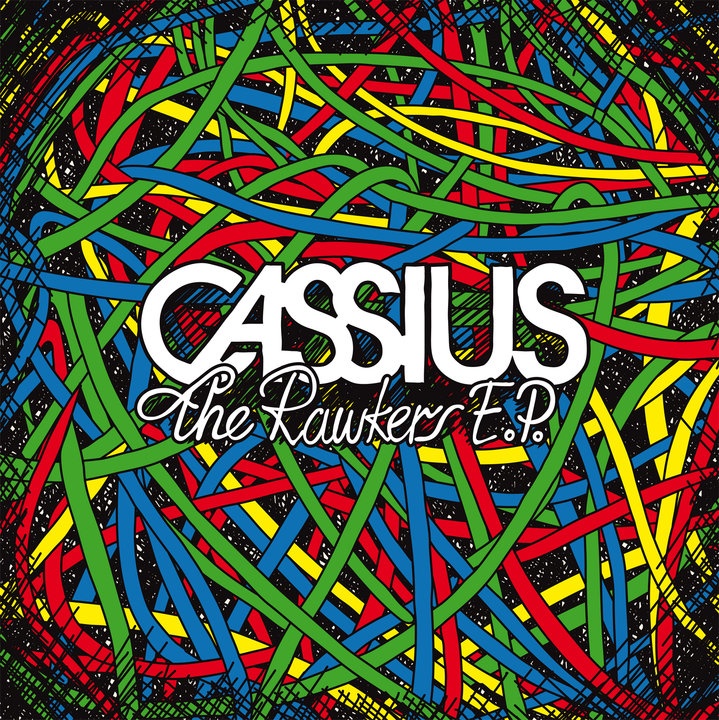 Why I Love You

The album’s victory lap. Spitting back in the faces of betrayers (“Showed love to you niggas, you ripped out my heart and you stepped on it / I picked up the pieces before you swept on it), ‘Why I Love You’ sees Jay and Ye trade bars atop an unstoppable, sample of French duo Cassius. “Wasn’t I a good king?” reflects Kanye on his verse. “Maybe too much of a good thing, huh?” On the sample-packed, excess-filled Watch The Throne, there’s no such thing.

Read next: Exploring the samples behind Kanye West’s The Life Of Pablo