He’s also heading out on the Fuck Donald Trump Tour.

YG kicked off the rollout for his album Still Brazy with ‘FDT’, an anti-Donald Trump anthem featuring Nipsey Hussle. The video shoot coincided with a rally in Los Angeles that was ultimately shut down by the cops. The Compton rapper has taken the same approach (only this time in NYC) with the video fro the remix featuring Macklemore and G-Eazy.

The release of the video comes in tandem with the announcement that YG will embark on a North American live show run called the Fuck Donald Trump Tour. It kicks off this week in San Diego and goes through all of election season. He’ll be taking Kamaiyah, who appears on YG’s ‘Why You Always Hatin’?’ and Rap Roundup mainstay RJ as his openers. 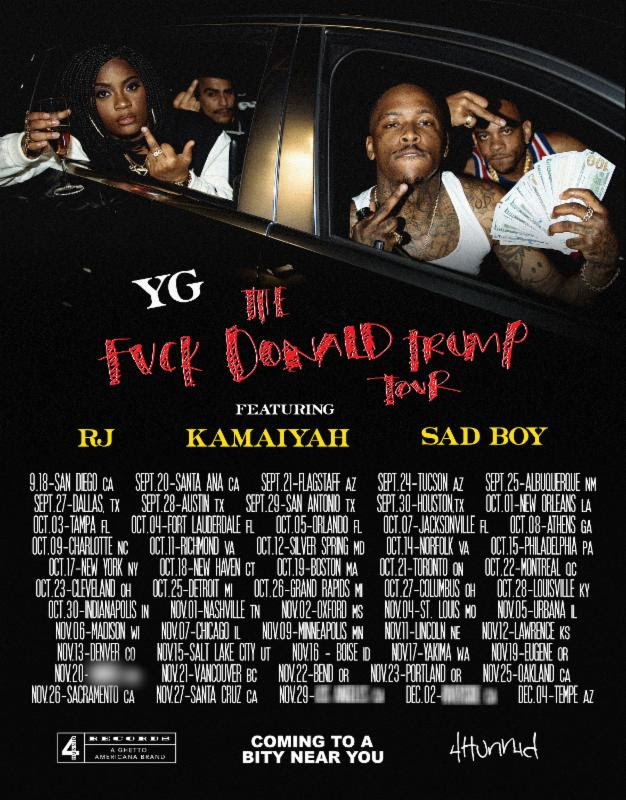