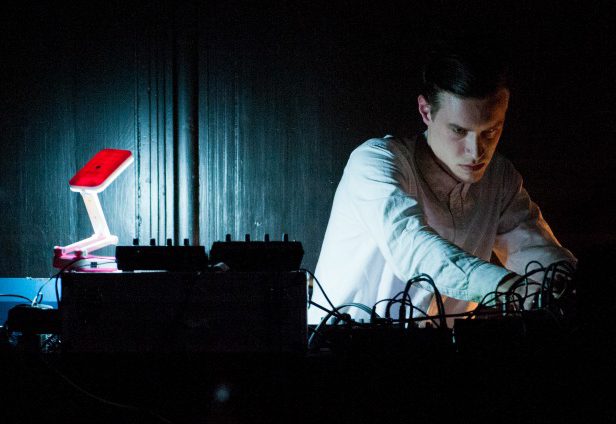 “The record is the spaceship that I build, and if any of it could be used by someone else to build theirs, I would find that very exciting.”

From his label Posh Isolation to Lust For Youth to Vår and beyond, Loke Rahbek has formed enough fascinating projects for a lifetime. One of his best and most conceptually ambitious remains Croatian Amor, the experimental electronic project that will release Love Means Taking Action next month.

Rahbek’s project is not unfamiliar with genuinely challenging concepts. Croation Amor’s last album for example, the Badalamenti-inspired The Wild Palms, could not be bought with money. The cassette-only release could only be acquired by sending a full-body nude photo to a secured email address to be shared to no one as a reciprocal act of vulnerability. Love Means Taking Action doesn’t require anything so extreme, though it finds another compelling way of connecting artist and audience.

When Love Means Taking Action is released on September 30, Rahbek will release all the album’s stems into the public domain as a free download. His hope is that fans will not only listen to his album, but try to create their own from the same pieces.

For now you can hear the album’s haunting opening track ‘An Angel Gets Its Wings Clipped’ and grab Love Means Taking Action September 30 via Posh Isolation and Helm’s Alter Records.