Lil B philosophises like only he can on new Clams Casino collab.

Bay Area rapper Lil B and New Jersey producer Clams Casino have released a new track ahead of a string of US tour dates this fall.

On ‘Live My Life’ Clams Casino lays down an uptempo beat while Lil B raps and sings about the choices we make and identity.

The pair are heading out on a short US tour next week, the first time they will officially share a bill since they first starting working together almost ten years ago. Fellow Lil B producer Keyboard Kid, from Seattle, also joins them on the road.

The dates follow from the release of Clams Casino’s 32 Levels debut album this past summer on which Lil B features prominently alongside A$AP Rocky, Vince Staples, Kelela, and Samuel T. Herring. 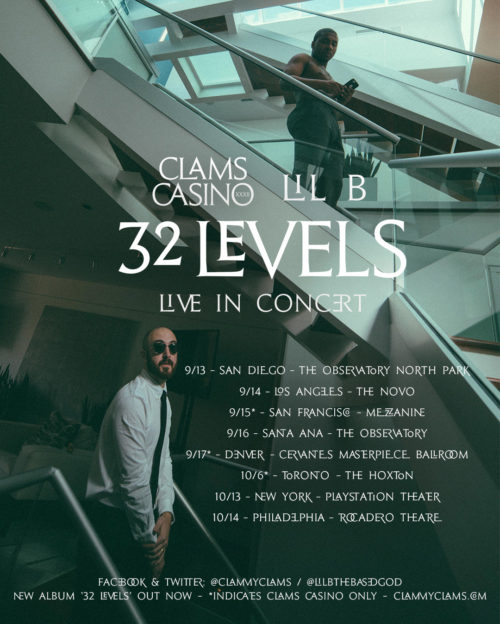