‘Found The Ground’ and Boddika’s VIP of ‘Mercy’ are said to be “the same track.”

UK DJ and producer Hannah Wants has been accused of plagiarism after similarities were drawn between her new track ‘Found The Ground’ and the Boddika VIP of his and Joy O’s 2012 track ‘Mercy’.

In a Facebook Live video yesterday (September 11), Patrick Nazemi compared the two side-by-side and concluded that they were “the same track.”

‘Found The Ground’ had originally been hosted on Data Transmission’s SoundCloud as a premiere, but has since been taken down along with the post itself.

The track is scheduled for release through Rinse on September 16, and is due to appear on Wants’ forthcoming Fabriclive 89 mix, out on the same day.

As some commenters have noted, there is a video of Wants playing Boddika’s VIP of ‘Mercy’ at a gig in Leeds back in 2014.

A tweet posted by Wants in November 2015 referring to ‘Found The Ground’ suggests that she was aware that the track sounded like a Boddika production before the recent accusations. 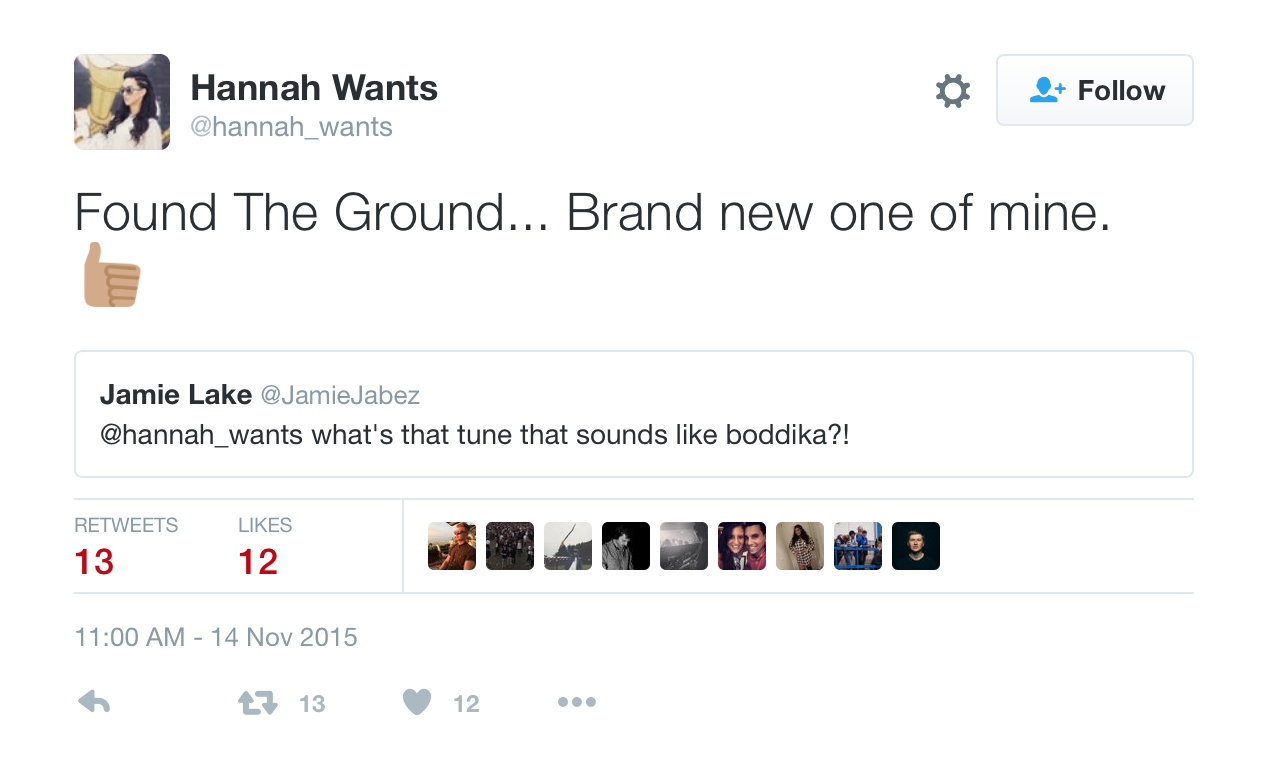