Skepta never loses sight of where he’s from. No matter how far abroad his urgent brand of grime takes him, no matter how international his fan base becomes, the MC born Joseph Junior Adenuga never strays spiritually from his ends. It’s the reason why Konnichiwa, his long-awaited fourth studio album, remained rooted in the dark, hustling sounds of his native north London upon release in May. It’s the reason why he’s staging a big London homecoming show at Alexandra Palace, a stone’s throw from where he grew up, in December, when he could probably have packed out a larger, more corporate venue. And it also explains his new exciting collaboration with Levi’s – a community workshop space in Tottenham.

Hot on the heels of collaborations between Levi’s and Alicia Keys, Vince Staples and SZA, the space is aimed at inspiring the next generation of music talent, giving raw new MCs and musicians tools to follow in his footsteps and offering recording, production and social media guidance, alongside plenty of other practical skills for the industry. 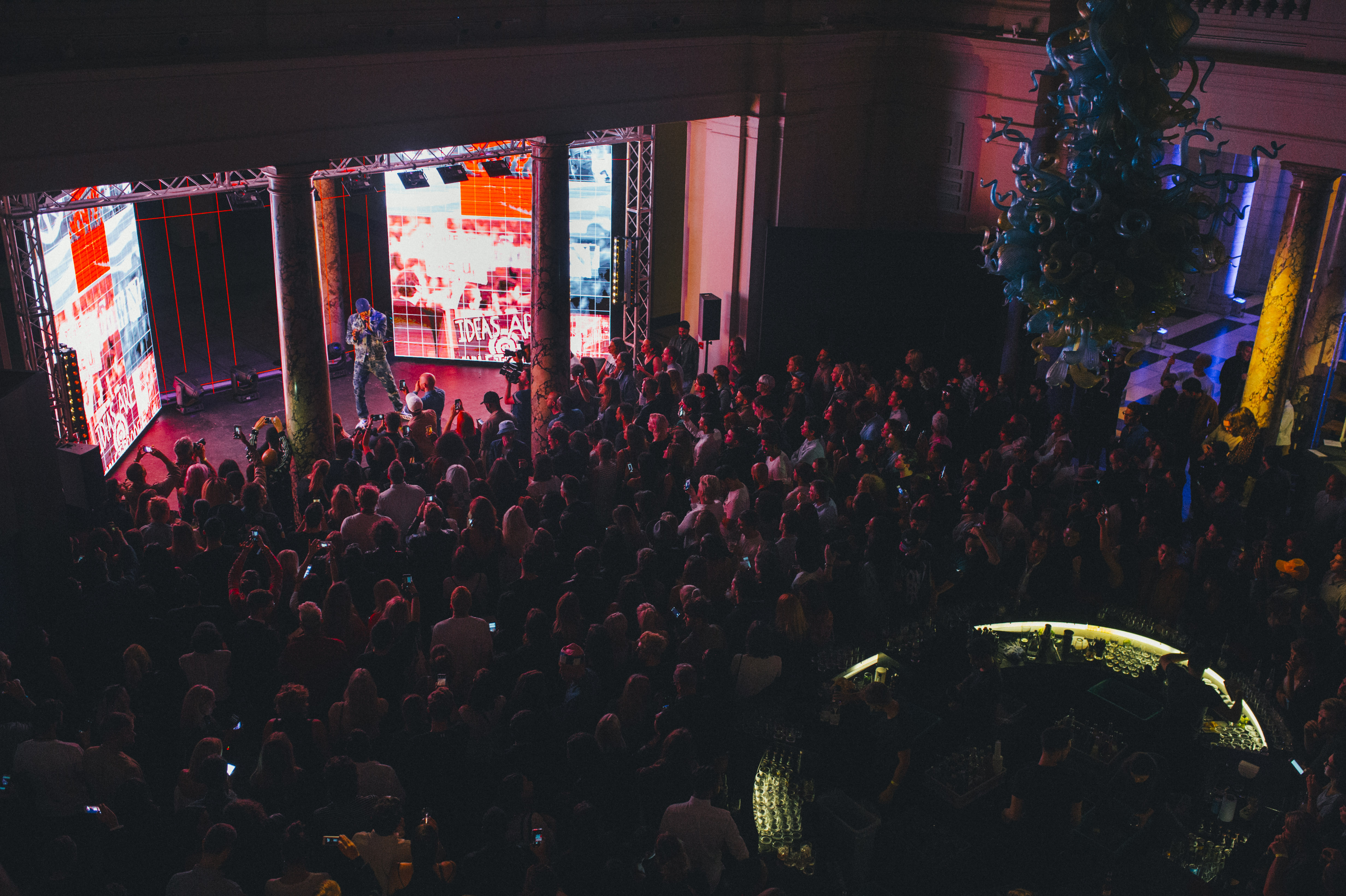 “I want to show the young generation that success is not something you search for externally, it is from within. Help people to understand that all your thoughts and ideas can become reality with a bit of hard work and dedication,” the MC told the intimate crowd packed into the V&A Museum in Kensington on Tuesday night to launch the project. Though Skepta’s set was brief at just two tunes – ‘That’s Not Me’ and ‘Shutdown’ – he still delivered a frantic, enthralling spectacle, giving some insight into why he’s partnered with the denim brand. “I feel blessed to be able to be the guy, with Levi’s, making this whole thing happen for the youth – take them to the V&A to try and be the spark for the youth.”

The project is part of a continuing global campaign by Levi’s to bolster music education in communities around the world – the brand has a rich heritage of similar projects, from building skate parks in underserved communities to supporting LGBTQ equality through Pride activities, but this is their first dedicated music project.

The Skepta launch coincided with an exhibition at the V&A supported by Levi’s called You Say You Want A Revolution? Records and Rebels 1966-70, which Skepta and his students at this new space have been challenged to take themes and inspiration from, returning to the V&A on November 5 to present what they’ve been cooking up. Check back to find out how they got on.