Botany is taking loop-digging to the astral plane

The third album from sample-digging drummer and producer Botany sees him ditch the dusty boom-bap echoes for a vast and intricate tapestry of free jazz, devotional voices, soothing drones and surface crackle. Jake Hulyer finds out how the Texas producer saw the light on Deepak Verbera.

Light is a recurring motif on Spencer Stephenson’s third album as Botany. The Austin musician had titled his early demos “Deep Verb” as a play on “deep reverb”, an in-joke with a friend which evolved into the seemingly meaningless Deepak Verbera. But when he looked up his improvised words he discovered an unexpected harmony with his intentions for the album.

In Hindi, “deepak” is a lamp or a source of light, while “verbera” means to lash or whip in Latin. “It was really strange that I had arbitrarily come up with those two words,” says Stephenson, “as they seemed to really embody what I was trying to do with the music itself, which was to create quote-unquote ‘ambient music’ that is intended to be listened to loud and to have a lot of bite.”

Stephenson has a background in jazz drumming; as Botany, he typically samples old records and tapes to build his loose, psychedelic hip-hop beats from throbbing drums, spiritual samples and ambient passages. He began experimenting with making music on cracked software as a teenager in rural Texas, but his first album, 2013’s Lava Diviner (Truestory), came together after a turbulent period – the death of his mother, a brush with the law – which prompted him to relocate to a farm outside Austin and eventually to the city proper. “That was a time fuelled by a lot of frustration: artistic frustration and financial frustration,” he recalls. “I really needed to find a place where I could focus on my music and not be distracted by all of that.”

Stephenson’s earlier albums often felt like the work of a Madlib or Dilla disciple, taking hip-hop beats into moody, psychedelic tangents with unpredictable results. On Deepak Verbera, however, he lets go of the rhythmic backbone that defined its boom-bappy predecessor, Dimming Awe, The Light Is Raw, in favour of expansive, shifting layers of sound inspired by the spiritual free jazz of Alice Coltrane and Rashied Ali. Weaving self-recorded phrases of guitar and piano with choral chants, library music and sampled surface crackle, it’s near impossible to distinguish what’s new and what’s taken – or distorted – from elsewhere. There’s a steady, undulating arc to the record, building to all-engulfing noise, paring back to peaceful, wavering drones, and building up all over again.

The sleeve notes also nod with the theme of light, stating that the music is inspired by the lost recordings of an obscure mystic traveller named Horris E. Campos. “In the 1970s and ‘80s Campos claimed to have contacted entities made of light that transmitted information to him through vibratory tones, which he then emulated on tape,” the notes state. Stephenson is vague about his connection with this mysterious character. “Horris is kind of my Ziggy Stardust, a character that I feel like I channel music through in some way.”

Despite the likelihood that Campos is a figment of his imagination, the supernatural allusions are telling of Stephenson’s mindset. Speaking to him from his bedroom in Austin, he talks earnestly about the spirituality of digging for samples, the “romanticised lie” about creativity, and why he’ll always be guided by the philosophy of jazz.

Stream Deepak Verbera in full ahead of its release on Western Vinyl on October 14.

There’s a noticeable shift on Deepak Verbera away from the instrumental hip-hop of your previous albums. How did that happen?

The last record was largely textural, and while that’s not necessarily a starting point creatively it was definitely the backbone of [my first two] albums. And not to say anything demeaning towards beats, beatmaking or the culture surrounding it, but I started to realise that perhaps beats weren’t entirely necessary to what I wanted to do. They just sort of naturally removed themselves from the process.

How does your background in drums inform what you do now?

Drums are my first instrument. I started playing drums when I was six years old and started taking it seriously when I was about 11. When I was about 15 my parents were really into jazz fusion and that started to have an influence over me, so I found the typical entry points – Weather Report, Herbie Hancock. I continued down that path through college and studied jazz drumming for about a year and a half. But it really forms the basis for everything that I do. Even though this is an ambient album, drums are still there texturally. With drums having been in my life so long, I’m not only attached to them rhythmically, I’m attached to the sound of the drums themselves. I’m just endeared to the drums sonically, so they manifest on the album in a textural form.

I wondered if the philosophy of free jazz and jazz fusion might have had an impact too.

I know that, aesthetically, it’s difficult for a lot of people in our generation to listen to jazz. And I totally understand that from an aesthetic standpoint. But it’s in terms of philosophy more than anything else that it continues to come up in my work over and over again. The idea that structure is meant to be played with and that ‘rules’ don’t really have to dictate whether or not the music is good, if that makes sense. I find myself coming back to that logic over and over again.

When I say rules, I’m thinking about pop music with an ABAB type of structure. I have to say that that’s incredibly boring for me. Jazz, in my mind, signifies a turn away from that. It signifies a feeling of not being beholden to ideas of what a piece of music is or isn’t. That core of jazz, as I understand it, is why it’s still in my life. 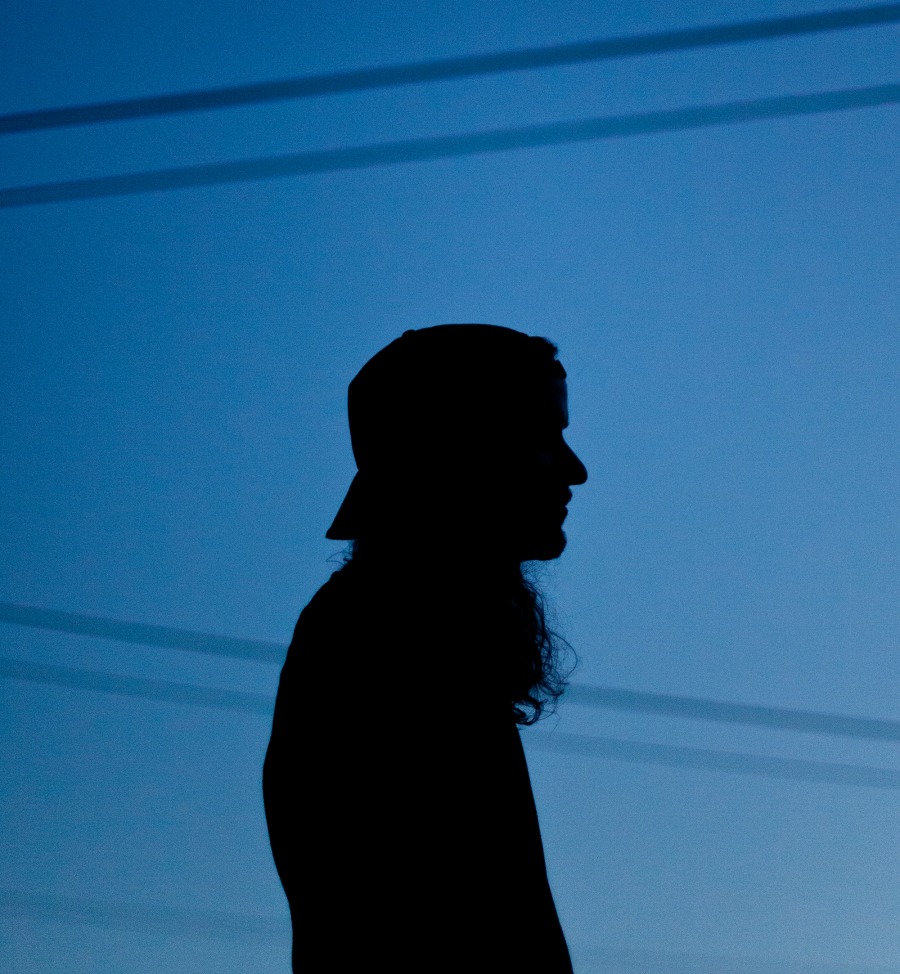 “You hear a lot of people talking about how vinyl sounds better. It doesn’t, man – and that’s why I like it. It sounds distorted”

What kinds of records were you sampling for this album?

Some of it was soul records. There were a couple of tracks in particular which I don’t wanna go into too much detail about. But it was between that and some of the records that I sampled for some of the drones, along with the chanting samples, which are these late ’60s, early ’70s pseudo-religious commune albums. I find a lot of aesthetic that I really vibe with on those kinds of records.

They’re almost pre-new age, ’cause they’re not sitting down with a synthesiser and a reverb module or whatever. Most of them are just people shouting from a book that they may or may not understand, shouting it into a microphone – ’cause that’s what people did in 1969.

Does that entail two different approaches to sampling? Typically you might take a sample out of context to make something different, whereas these pseudo-religious samples seem more about drawing on the particular vibe of the source material.

Yeah, it’s a bit of both. When I sample it’s as much of an extension, subconsciously, of what I want to hear, as it would be for a guitar player picking out chords. Not to be corny, but it’s a very spiritual thing. Sampling, to me, is the part I find most endearing about making this kind of music. I think the textural emphasis comes from that as well, specifically from vinyl and tape sampling. You know, in the last 10 or 15 years, with the vinyl resurgence, you hear a lot of people talking about how vinyl sounds better. It doesn’t, man – and that’s why I like it. It sounds distorted – you can actually feel that needle scraping across a piece of plastic when you listen to it. There’s something very tactile about that which, I guess, is the seed of what I do texturally in my music.

Being in Austin now, do you find that living somewhere in tune with your music helps you creatively?

Very much. There’s a romanticised lie about creativity that says you have to be this isolated mad genius in the tower, locked away by yourself. I think the truth couldn’t be further from that. The people who become the most visible within their musical communities, or their artistic communities, are as visible as they are because of the people around them and how they all feed off of each other. Whatever idea is sold through the whole Bon Iver narrative – this idea of “I went out into the woods and I created this amazing album” – I don’t think it’s true. At least, I don’t think it’s true for me in my life at this point.

Read next: 20 essential records from the ‘70s free jazz underground