To celebrate the signing, Warp is throwing a special party in New York on October 27 at the Umbrella Factory and a series of invite-only parties in London, Milan and Montreal. You can check out the dates below. 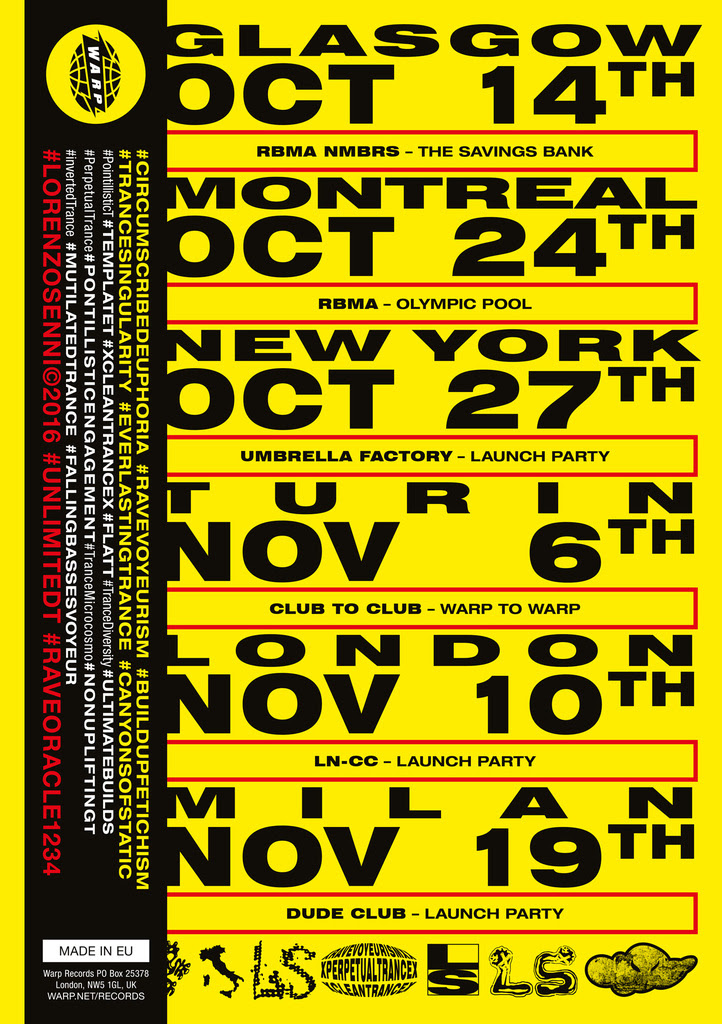