This prankster turned a vintage voting booth into a drum machine

Using the same voting booths infamously associated with the 2000 Bush vs. Gore Florida election debacle, an artist has crafted a strange musical instrument out of this year’s bleak election cycle.

Mike Richison, an artist and professor at New Jersey’s Monmouth University, loaded what he calls his Video Voto Matic with drum samples built from snippets of various political players including Hillary Clinton, Donald Trump, Bernie Sanders, and Barack Obama. When selected, the samples also trigger a video screen with the candidate forming a stuttering multi-sensory experience.

Like the real Votomatic, the machine uses a stylus to punch holes through the voting card – but instead of the candidates’ names, the card is filled with drum samples that can recreate classics such as Afrika Bambaataa’s ‘Planet Rock’, Cybotron’s ‘Clear’, and Run-D.M.C.’s ‘Tricky’. 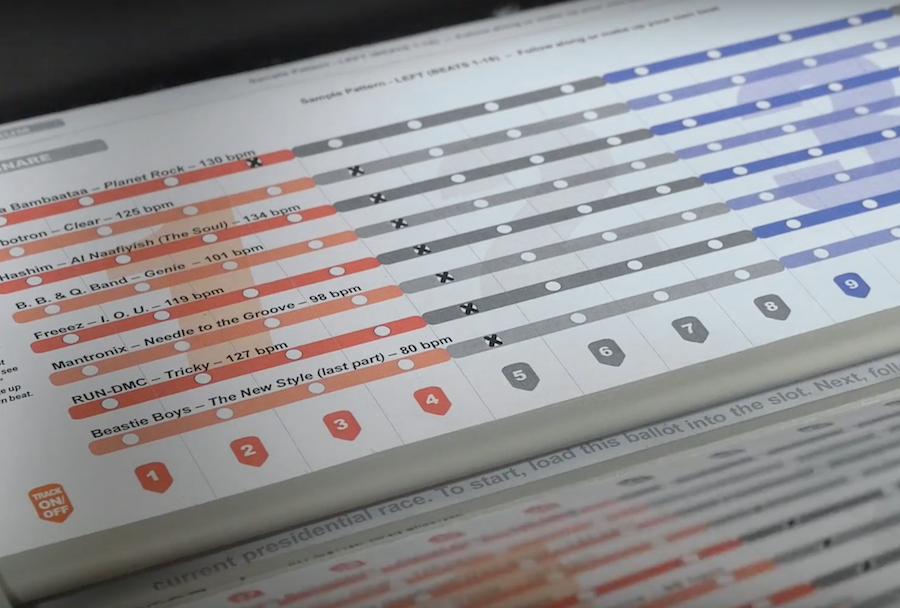 The resulting track is fed to a set of speakers and a video monitor, “completing the participant’s transformation from disenchanted voter to amateur electronic music producer,” says the artist.

The Vide Voto Matic is currently being moved to various locations. You can find it next at the Knockdown Center in New York on November 4.