Hillary Clinton: “I think Death Row has influenced my look” 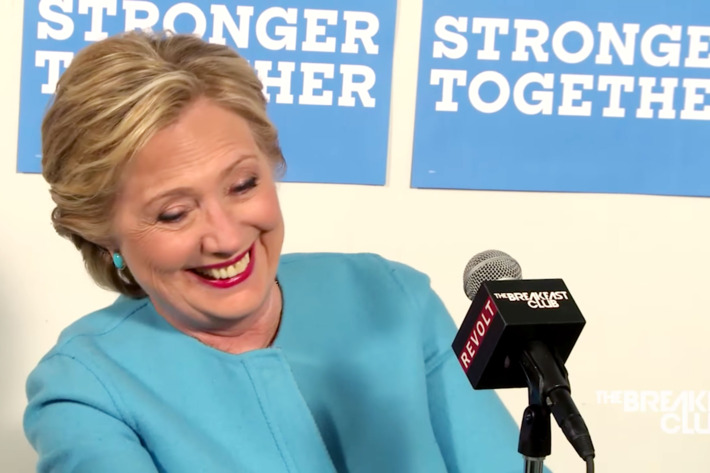 Every time a conservative refers to Hillary Clinton’s potential presidency as a third term for Barack Obama, they’re talking about left-leaning politics, but they might as well mean that we’d be getting another hip-hop Commander-in-Chief.

She continued her campaign today on Power 105’s morning show The Breakfast Club. It was her second visit this year and she took time to talk about the election and the history that will be made if she becomes the first woman president. And, oh yeah, that Death Row style meme that dominated Twitter last week.

We gone sit here and act like Hillary Clinton ain't been representing Death Row Records at all 3 debates? pic.twitter.com/z6ZWzQJ6O6

“I think Death Row and a lot of other fashion sources have influenced my look, don’t you?” she said when co-host Charlamagne tha God asked her if she was familiar with the joke. Clinton has proven to be a great foil to Charlamagne, telling him during her previous appearance that she had hot sauce in her bag. (And it wasn’t even pandering, although Tabasco isn’t really hot sauce.)

With Pusha T’s strident support of her campaign, Jay Z’s upcoming concert in Ohio aimed to mobilize young black voters and Clinton’s husband Bill hanging out at this year’s Made in America festival, she really could be yet another rap-friendly president. At the very least, these Breakfast Club interviews bring a whole new meaning to Donkey of the Day.

Watch the interview and a surprise appearance from Stevie Wonder, who shows up to perform ‘Happy Birthday’, below. 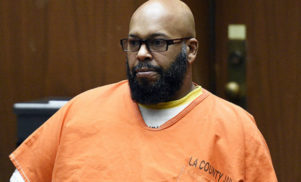 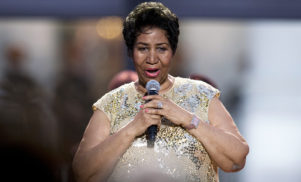 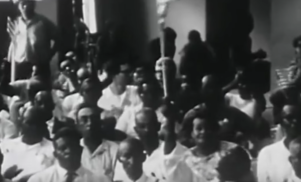 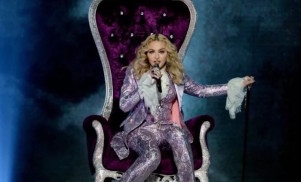 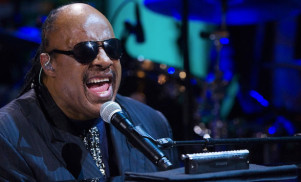 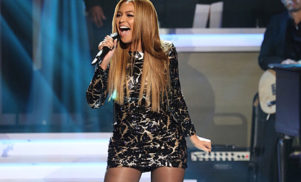 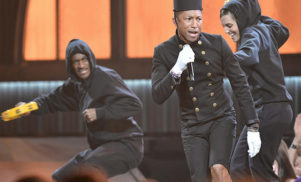 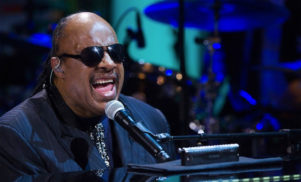 Stevie Wonder to produce TV miniseries on the Underground Railroad 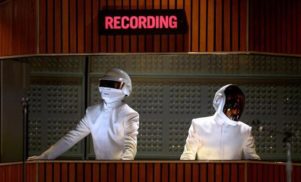 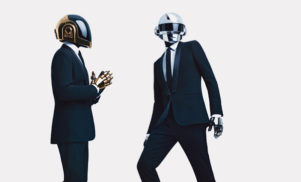 Daft Punk to perform with Stevie Wonder at the Grammys