ARP ODYSSEi is a mobile version of the 1972 synth.

Korg has announced an iOS version of the classic ARP Odyssey synthesizer.

The ARP ODYSSEi app is a mobile version of the 1972 synth, and follows Korg’s physical reissue of the instrument in 2015. According to Korg, the app “faithfully models” the original circuitry of the ARP Odyssey with the same technology used in its Legacy Collection of software synths.

The app also adds a number of new features and improvements to the original model: as well as polyphony and built-in effects, ARP ODYSSEi includes the revised filters and “drive” function seen on the 2015 reissue. 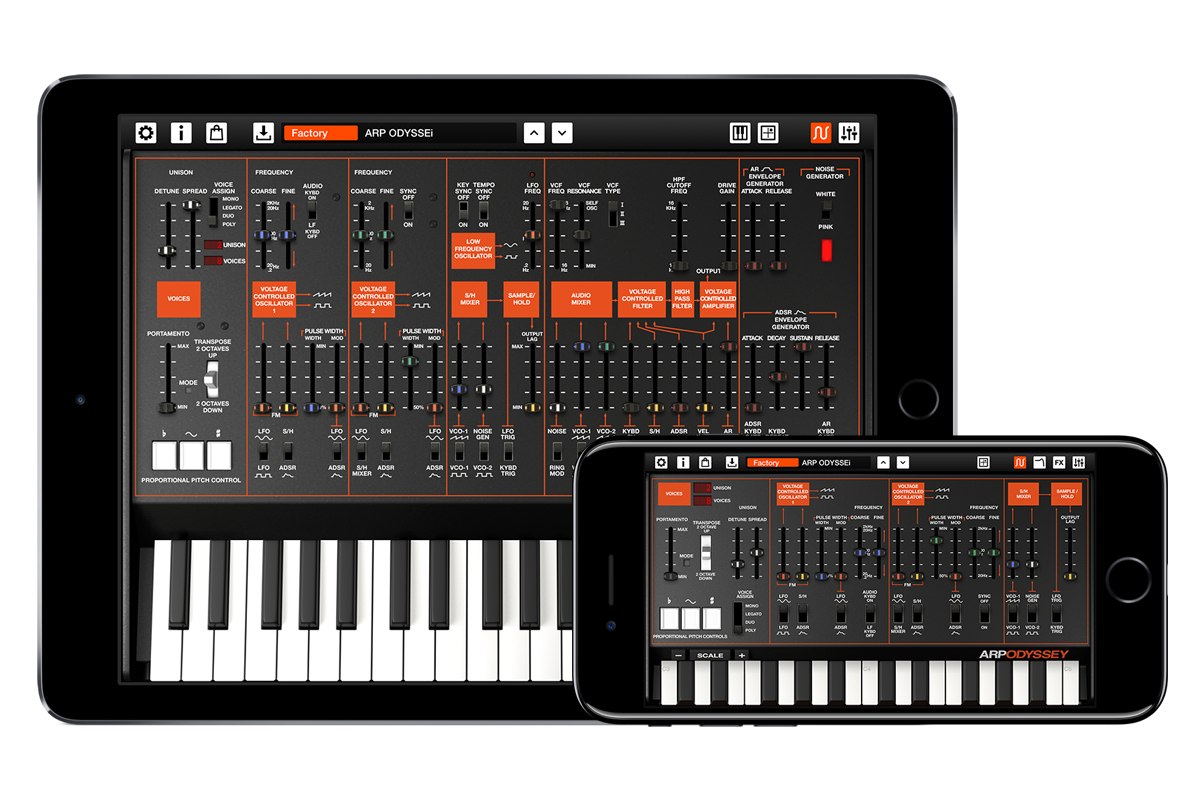 There’s also a “voice assign” mode for playing chords, a programmable arpeggiator and an XY pad that allows you perform with touch gestures instead of the standard keyboard.

For added authenticity, the app can switch between the three different designs of the ARP Odyssey, which was released in black and orange, white and black and gold variations.

According to Engadget, the ARP ODYSSEi will be released on November 30 at an introductory price of $20. If you own GarageBand or Korg’s Gadget app they can be used as a host for the app.

The ARP ODYSSEi isn’t the only exciting new synth from Korg to be announced today (November 1). It’s also releasing an analog synth called the Monologue that includes presets designed by Aphex Twin.