UK startup ROLI has unveiled its latest creation for musicians, a “modular music studio” for iOS called Blocks that can be arranged in different configurations.

The system consists of three wireless devices: the illuminated touch and pressure-sensitive Lightpad Block, the Live Block, which features controls for performance and the Loop block, which adds additional recording controls.

Each component connects magnetically, so users can buy as many as they like to create larger control surfaces as they get to grips with the system, which is powered by ROLI’s own free iOS app, Noise. 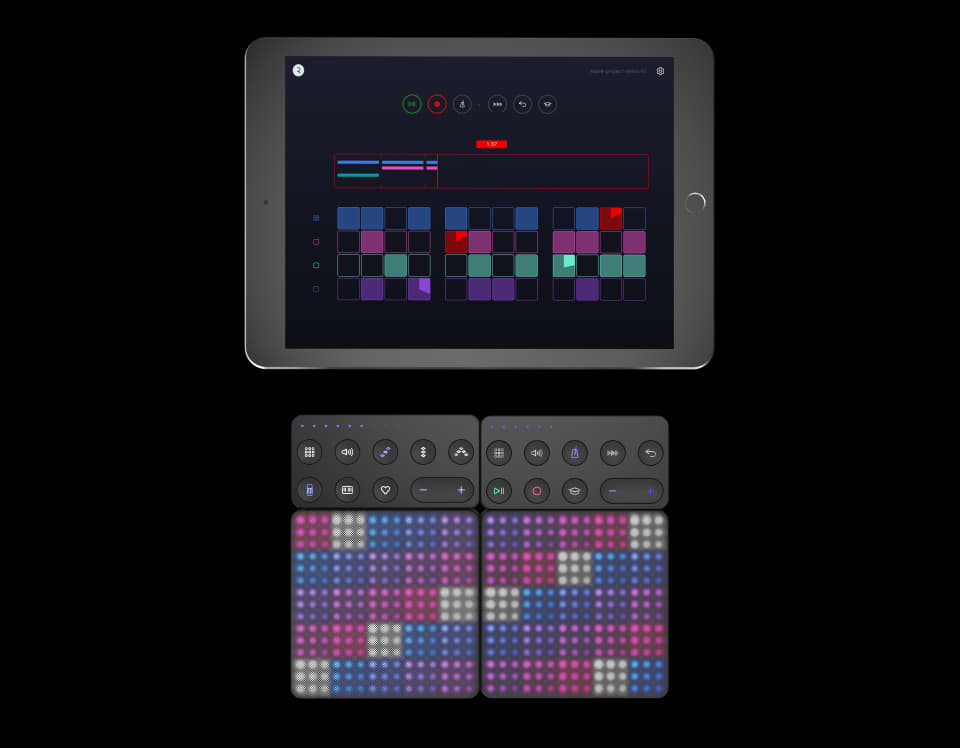 Blocks is just the latest innovation from ROLI, which has been revolutionising instrument design for several years. Its most famous creation is the Seaboard RISE, a keyboard-style controller capable of detecting five dimensions of touch.

The Lightpad Block is described by ROLI as the centre of the system, and allows you to create music by making gestures on its LED-illuminated surface. It’s capable of sensing the same five dimensions of touch as the RISE: strike, press, slide, slide, and lift.

The other devices have traditional physical buttons with multiple different applications. The Live Block for example toggles arpeggio and allows you to bookmark favourite sounds, while the Loop Block includes dedicated controls for toggling and quantizing loops.

ROLI says that the Noise app powering the system is designed with beginners in mind. It allows users to automatically make music in one of 15 scales, and includes an automatic chord mode, meaning everything will always be in key. There’s also a “Snap Mode” that automatically locks your performance to tempo. The app will work without Blocks, but you won’t be able to make use of the expressive controls.

While Noise has a variety of different synth sounds for creating music, the company has also enlisted big name artists to create sound packs for the app, including Grimes, RZA and Steve Aoki.

The individual devices are also very competitively priced. The Lightpad Block costs £169.95, while the Live and Loop Blocks sell for £69.95 each. All three are available now from the ROLI store.