The shamed ‘comedian’ is still on the circuit.

Grime Live II promises live performances from some of our favourite talents from the scene, including Big Narstie, AJ Tracey, Frisco and Ghetts, with DJ Ironik hosting alongside the “character” invented by Daniel O’Reilly on his massively popular Vine account.

O’Reilly made headlines in 2014 when ITV2 cancelled his TV series Dapper Laughs: On The Pull following public outrage over the show’s sexist “banter”. He then appeared on Newsnight as himself to claim that he had retired the character, only to return as Dapper Laughs the next year with ‘The Res’Erection’ stand-up show.

Seems like an outside choice to present a grime night in East London, then – but he did at least get involved in the war of words between Azealia Banks and All Of Grime this summer, so maybe he’s a fan.

Remember the time he made a banana joke about “Jamal”, though? 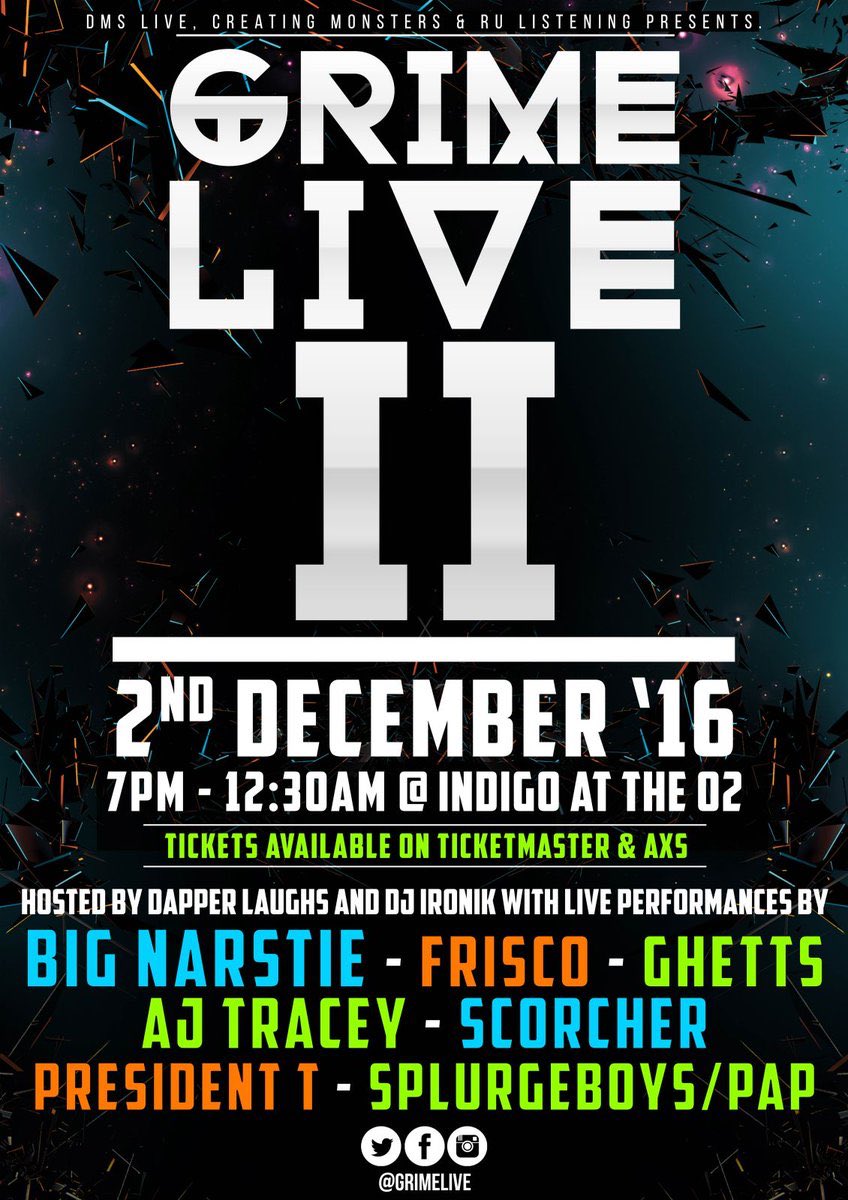