Synth pioneer and hero to the Beastie Boys Jean-Jacques Perrey has died from lung cancer aged 87.

A famously colourful character, the French composer was one of the first European artists to embrace electronic music.  He travelled around the continent to demonstrate the Ondioline, a 1940s invention that was the precursor to the modern synth, and later got his hands on an early Moog synthesizer, the focus of several of his albums including early ’70s trio Moog Indigo, Moog Sensations and Moog Expressions.

He moved to the United States in the early ’60s and formed a duo with John Cage protégé Gershon Kingsley. They recorded two influential albums together: 1966’s The In Sound From the Way Out and 1967’s Kaleidoscopic Vibrations: Electronic Pop Music From Way Out. (The Beastie Boys later paid tribute to Perrey and Kingsley in the title of their instrumentals record, The In Sound from Way Out!)

In the ‘70s a cover version of Perrey’s composition ‘Baroque Hoedown’ was used by Disney as the main theme for its Main Street Electrical Parade. He later returned to France and found work composing for television and scoring for ballet, as well as conducting medical research into therapeutic sounds for insomniacs. (Perrey’s first LP, Prelude au Sommeil, was intended for use in psychiatric hospitals to calm agitated patients.)

He was also sampled by DJ Premier, worked with a Luke Vibert on a record for Lo Records titled Moog Acid, and made a version of ‘Flight Of The Bumblebee’ with real bee sounds that everyone should hear at least once.

FACT illustrator Alex Solman sent us a hand-drawn tribute to Perrey, below.

Read next: The greatest electronic albums of the 1950s and 1960s 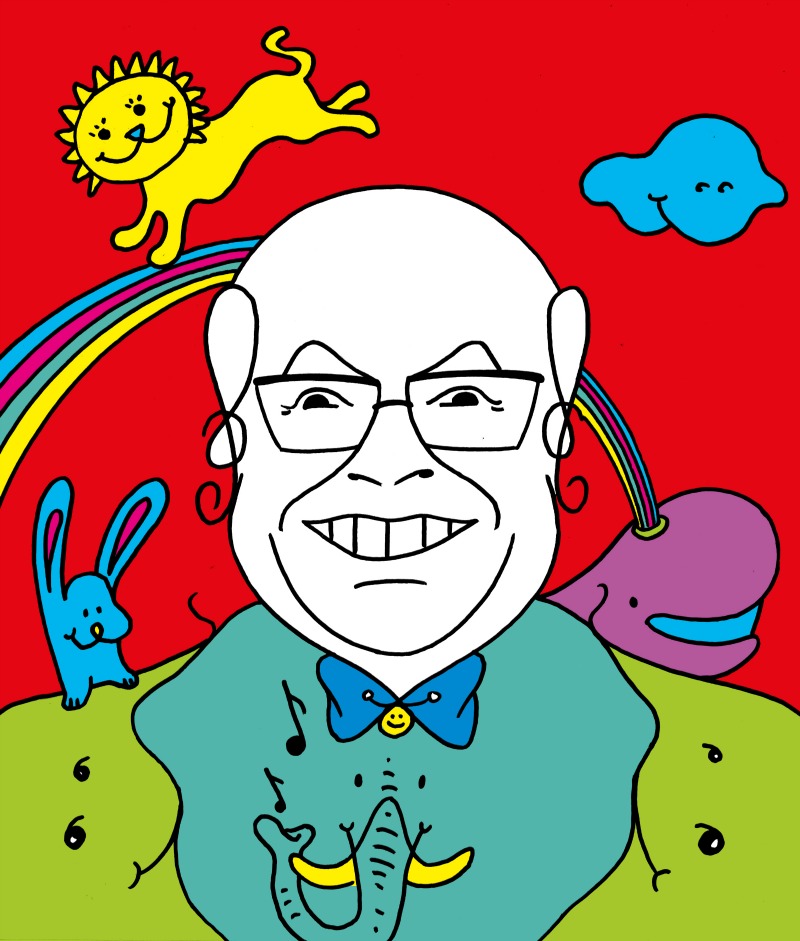