A vinyl manufacturer has invented an injection moulding system that promises to cut production costs, improve sound quality and reduce the environment impact of conventional record pressing. Symcon, a Dutch company that specialises in CD manufacturing, has received an EU grant to develop the technology for commercial use.

In conventional vinyl manufacturing, the plastic is pushed on the grooves at an angle – but the injection-moulding method injects plastic straight into the record’s grooves, which copies the grooves on the stamper more accurately.

The injection-moulding method also promises to cut costs by reducing the energy used in the process by up to 65%, as it doesn’t require the huge amounts of steam currently used to heat up the PVC puck before it’s pressed between two stampers. The new system also applies no pressure to the stampers, which can currently only be used for up to 2000 records before they become worn out. 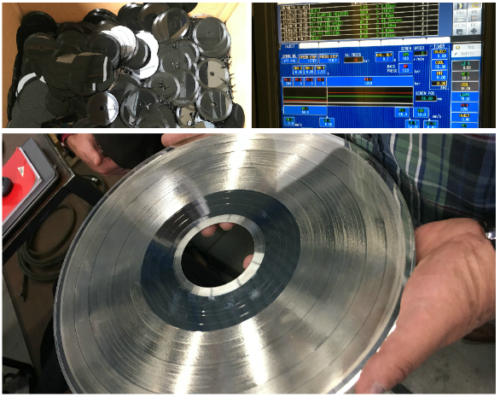 Symcon says that injection-moulded records could be turned around in just two weeks, drastically reducing the current timeline of 12 to 16 weeks from cutting floor to shop.

Symcon explained the new technology in more detail in an interview with Discogs at its plant in Veldhoven – watch the video below for more insight into the process.

The promise of reduced costs and waiting times should appeal to smaller labels with tighter budgets, particularly when trying to get vinyl pressed up in the busy weeks leading up to Record Store Day each April. And with Sainsbury’s now selling vinyl in nearly 250 of its stores and both Aldi and Lidl offering bargain price turntables, the vinyl boom shows no signs of slowing down. [via The Vinyl Factory]

Read next: Pressed to the edge – Why vinyl hype is destroying the record