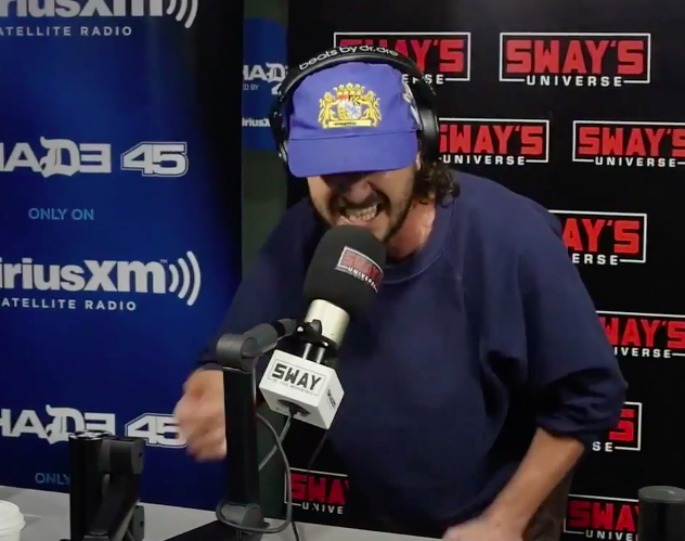 Shia LeBeouf isn’t just any weird actor dude who’s swapped Hollywood blockbusters for durational performance art and cryptic social media transmissions. Oh no. This morning he added yet another string to his funny-looking bow when he dropped into Sway in the Morning to take on the notorious ‘5 Fingers of Death’ freestyle challenge.

The Indiana Jones star gets off to a slightly shaky start but it’s soon clear he can absolutely rap. Look away now, haters.

He’s got the ink to seal the deal, as referenced in a fire couplet about being the “only white kid with Big tatted to me, and Tupac too, and Missy on my two knees”.

The studio reaction is priceless. “It’s the dawn of a new era,” says a shook Sway. “Number one MC in Hollywood!”

We’ll give him the benefit of the doubt and assume he didn’t steal his bars this time around.

Earlier this year Flying Lotus recorded the score for LoveTrue, a “non-fiction film” executive-produced by LaBeouf.