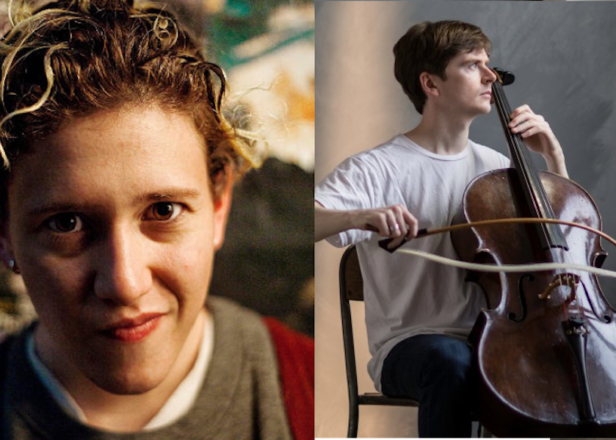 The latest from an increasingly exciting pairing.

Mica Levi will release her album with cellist and Radiohead collaborator Oliver Coates later this month and today the pair have shared the imaginatively titled new single ‘Dolphins Climb Onto Shore For The First Time’.

The track builds a dense atmosphere while carefully introducing strings, chiming percussion and heavy drones. It’s immediately reflective of the pair’s process which began as an impromptu NTS session built from fragmented pieces of Coates’ orchestral work and Levi’s electronics. Tagged simply as “graffiti,” it’s a testament to their collage-like manipulations.

Listen to ‘Dolphins’ below and look for Remain Calm November 24 via Slip.

Read next: Radiohead’s secret weapon Oliver Coates brings the spirit of Arthur Russell back to the dancefloor.