All the Vangelis you’ll ever need. Almost.

Synthesizer pioneer and Blade Runner composer Vangelis has announced a huge box set that collects up some of his most important work.

Delectus will be released on February 3, 2017 and features many of his best known recordings: Earth, L’Apocalypse Des Animaux, China, See You Later, Antarctica, Mask, Opera Sauvage, Chariots of Fire, Soil Festivities and Invisible Connections, plus his collaborations with Jon Anderson of Yes (as Jon and Vangelis) – Short Stories, The Friends of Mister Cairo and Private Collection.

Sadly, some of our favorite recordings have been omitted. The release has been assembled by Polydor and Vertigo, so classic albums like Heaven & Hell, Beaubourg and of course the Blade Runner OST are conspicuously absent.

It’s far from the definitive collection, but still worth a look for Vangelis fans, not least because the reclusive genius has personally overseen the remastering. “I always welcome remastering my old work, for two basic reasons,” he explained. “Firstly, I get the opportunity to bring the sounds to today’s standards. Secondly, it gives me the chance to go through the experiences and memories of the time.” 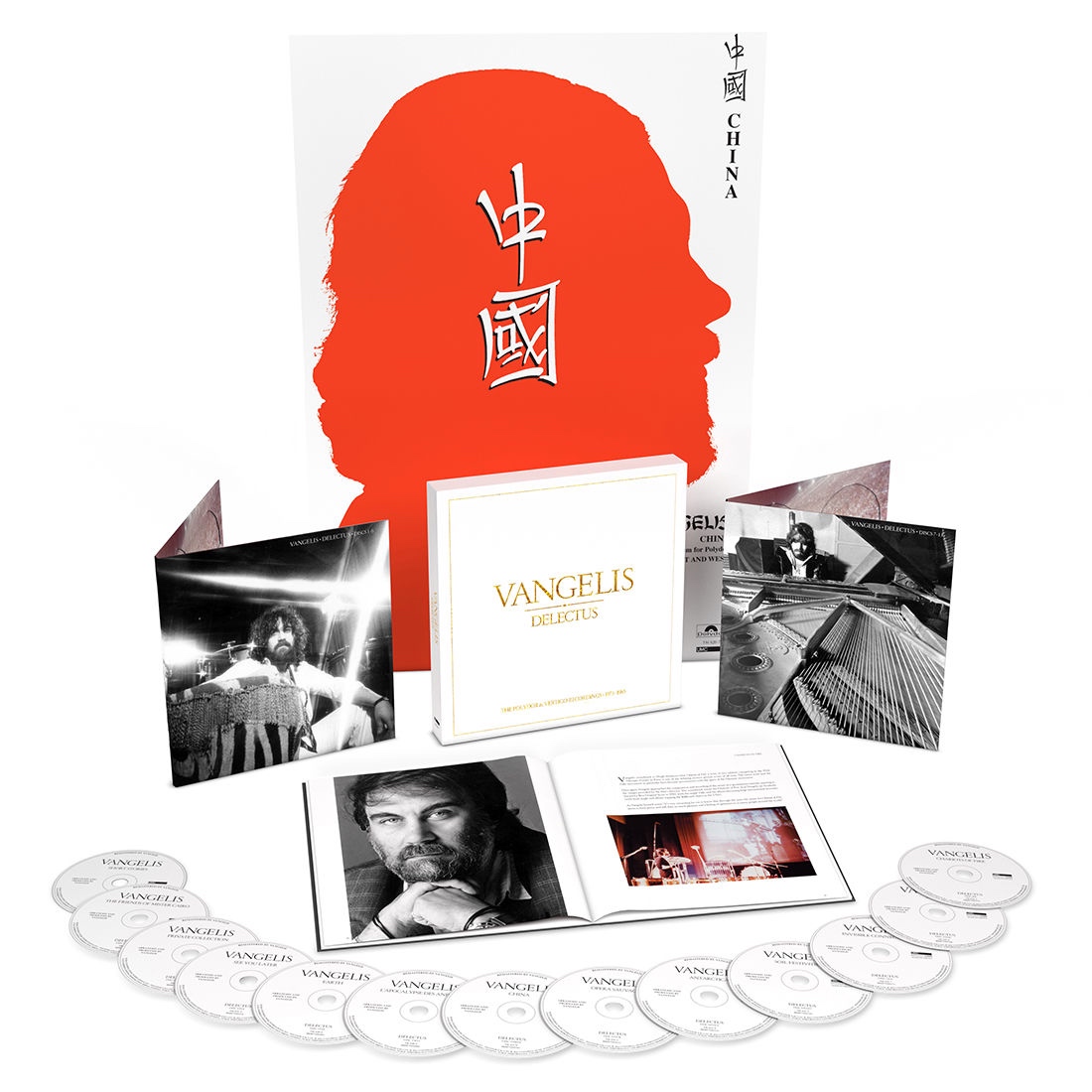 The set will be presented in a deluxe box with rare photographs, essays and a bumper booklet about his Polydor/Vertigo career. There are also four remastered bonus tracks provided.

Delectus will be released on February 3 and can be pre-ordered now. [via Synthtopia]

Read next: From Beaubourg to Blade Runner, a beginner’s guide to Vangelis