Rick Ross announces new album Rather You Than Me via sweater

The art is designed by the guy from Exit Through The Guy Shop (no, not Banksy).

Rick Ross has revealed his new album, titled Rather You Than Me, will be out early next year.

The Maybach Music boss announced the release talking to DJ Khaled on the red carpet for the American Music Awards last night wearing a sweater with the phrase printed on it. The artwork is designed by Mr. Brainwash, aka Thierry Guetta the bumbling subject of Banksy’s Exit Through The Giftshop.

Ross hasn’t released an album since 2015’s Black Market, though he did appear on this year’s Suicide Squad soundtrack with the Skrillex collaboration ‘Purple Lamborghini’.

Listen to that below and look at the artwork for the album below. 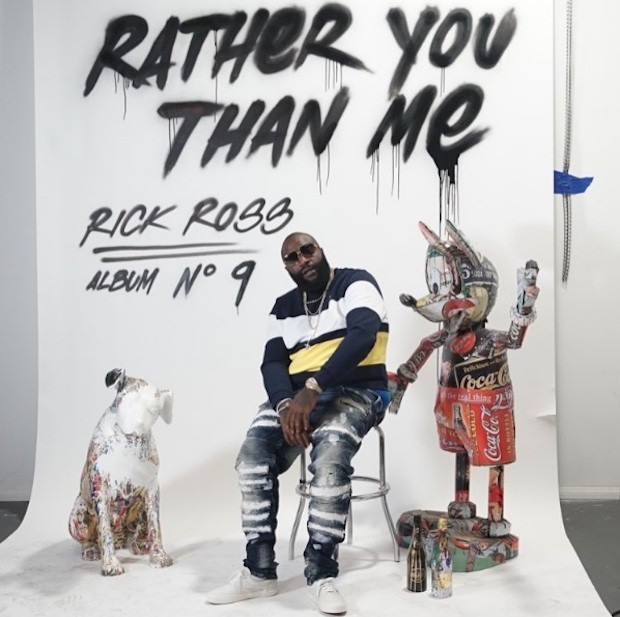