This modular MIDI controller can be almost any instrument you want

Joué lets you construct your own controller with pressure-sensitive silicone pads.

French startup Joué has launched a Kickstarter campaign for a new modular MIDI controller that it claims can look and feel like a variety of real instruments.

The Joué controller is comprised of a pressure-sensitive wood and metal base that can fit different silicone modules, capable of transmitting all pressure through to the sensor below.

Joué’s pressure sensitivity allows artists to use gestures such as vibrato and bending that traditional MIDI controllers can’t replicate.

The Joué base can fit up to three different modules, which range from a simple 4×4 drum pad to a “scaler” that can be played like a harp or xylophone. Other modules include a guitar-like fretboard and synth keyboard. 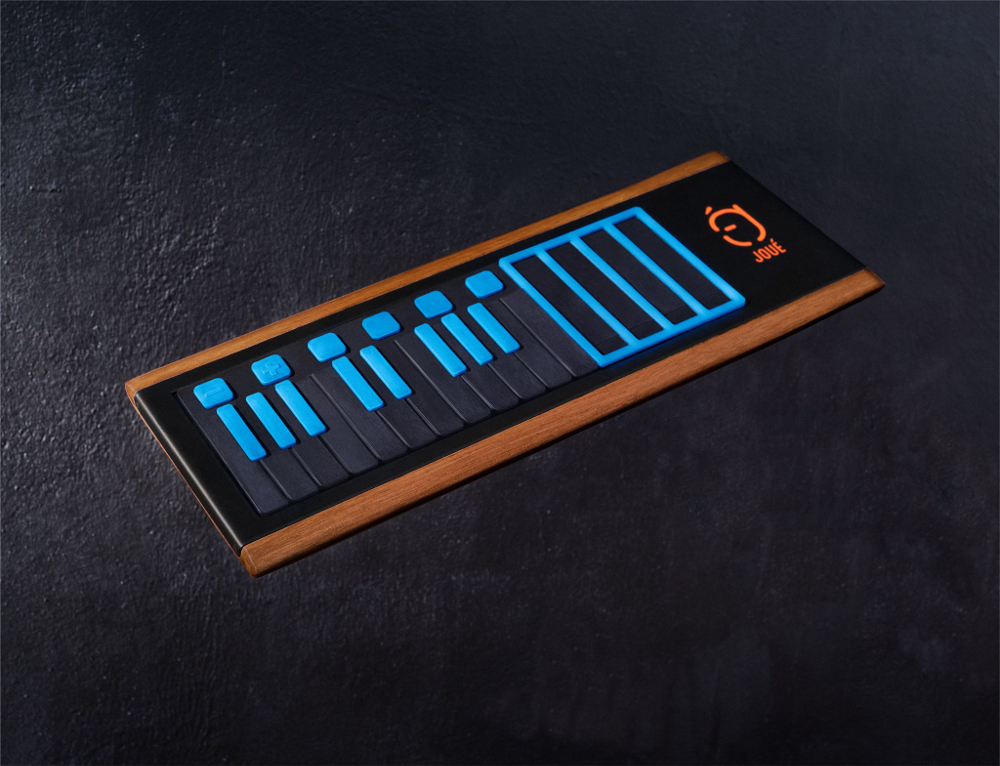 Each module can be configured using the company’s own editor software, and once tuned to the artist’s preference can be swapped in and out of use mid-performance if necessary.

The Joué team already has experience with making unusual musical input devices. CEO Pascal Joguet was the founder of JazzMutant, whose Lemur controller brought touchscreen control to musicians long before the iPad was released.

Backers can choose from several different rewards, including a Joué device with six control modules for €260 or a pack with 10 modules for €285. If the project manages to double its target of €70,000, Joué will throw in a free carry case.

You can find out more about the project and back it at Kickstarter. The campaign ends on January 15.