It will feature original music, too.

The Simpsons will air an hourlong homage to hip-hop this January based on The Great Gatsby and have enlisted Snoop Dogg, RZA and Common to play themselves in the episode.

The episode, called ‘The Great Phatsby’, will also feature Hidden Figures and Empire actress Taraji P. Henson, as well as Keegan-Michael Key. According to Entertainment Weekly, the episode plot will involve Mr. Burns’ relationship with a rap mogul named Jay G (heh) who sends Burns into bankruptcy, assuming control of his power plant.

It will feature original music created by Jim Beanz, a producer who creates the soundtrack for Empire including “a betrayal rap and a revenge rap,” whatever those are, EW reports.

“We wanted the Mt. Rushmore of rap, and we got it,” show producer Dan Greaney said. “They represent different moods and different aspects of the history of hip-hop.” 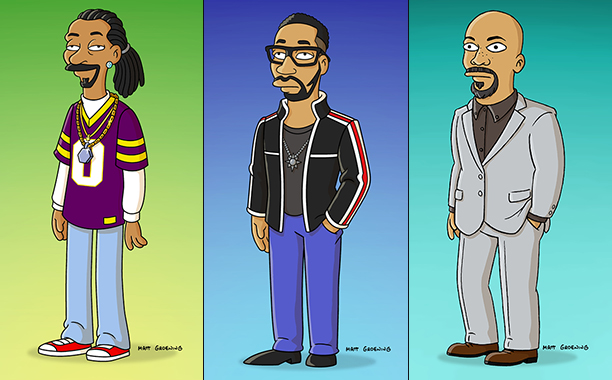