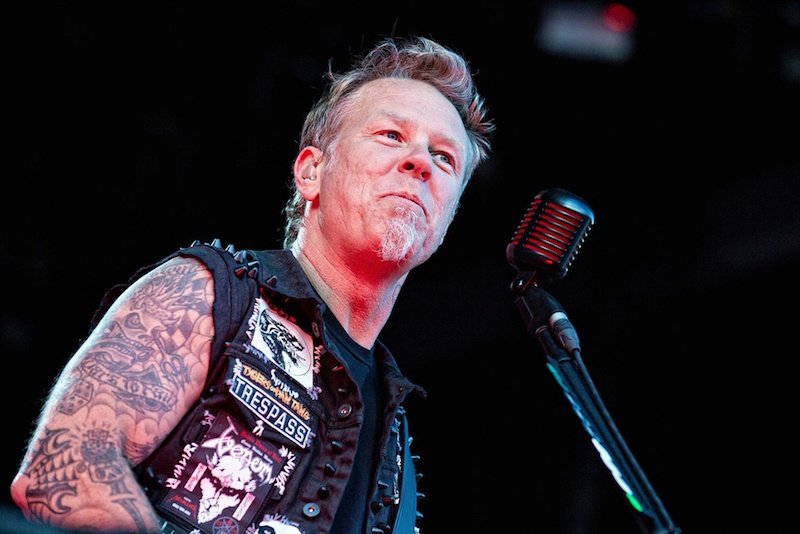 He also talks about making Lulu with Lou Reed.

Other odd creative endeavors are discussed, as well, namely Metallica and Lou Reed’s critically-reviled collaborative album Lulu. Hetfield mentions that the unlikely pairing happened after Reed saw them perform at a Rock and Roll Hall of Fame ceremony – they were inducted in 2009. He also details what it’s like to work with Reed, who hates second takes.

Hetfield also mentions another musician who doubles as a Metallica fan: Skrillex, noting that there is video of an 11-year-old Sonny Moore attempting to stage dive at the band’s Berkeley, CA concert. (You can nose around for that footage here.) It was the show that was used for their S&M live album.

Listen to the podcast here. The Skrillex story comes in around 30 minutes and the anecdotes about Lou Reed start at 1:17.