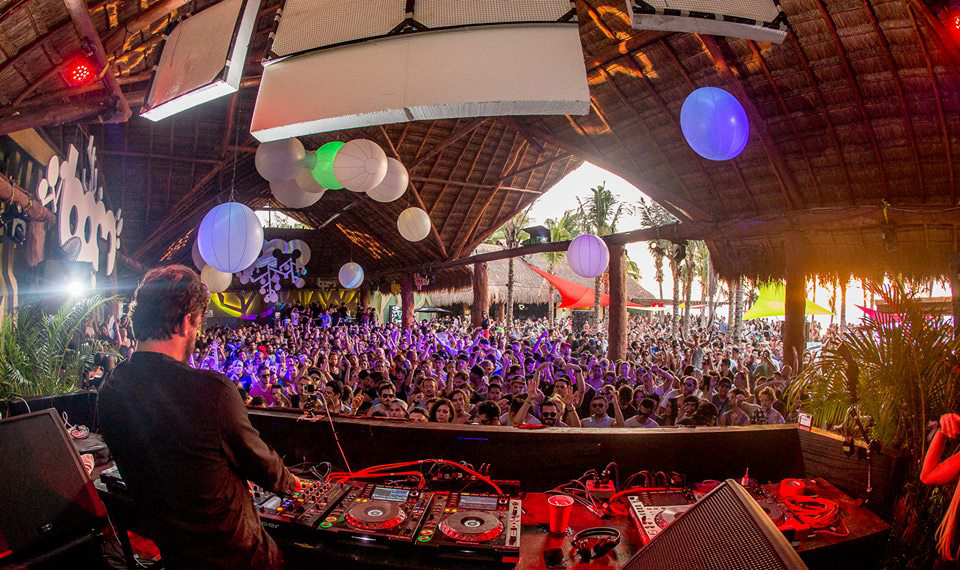 Jackmaster tells festival-goers to “stay in your fuckin hotel” with at least five people reported dead.

Gun shots were fired at the closing party of BPM Festival in Playa Del Carmen, Mexico early this morning (January 16), reportedly killing at least five people including a security guard.

“Someone has come into the club in Playa Del Carmen and opened fire. 4-5 dead and many wounded,” Jackmaster tweeted from an Elrow event at the Blue Parrot venue. “Stay in ur fuckin hotel if you’re here at BPM.” Staff at Mixmag attending the festival have since confirmed shots were fired.

According to Jackmaster “now more shots fired at another club in the area.” Mixmag reports that a second shooting occurred at a venue called The Jungle, where another BPM closing party was taking place.

Someone has come into the club in Playa Del Carmen and opened fire. 4-5 dead and many wounded. Stay in ur fuckin hotel if you're here at BPM

Apparently now more shots fired at another club in the area

This is a very very sad situation. Tryna get my head around it still. Thoughts and condolences to all affected ♥

Shots were fired at Blue Parrot while we were in the building. We got out okay and are finding out more details

Shooting at Blue Parrot during BPM. We were all there but we got out and are now safe.

Shooting at Blue Parrot during elrow. Mother fuckers shot through the back where it's all open. I'm afraid it doesn't look good

We advise you to remain indoors and check with your companions to make sure everybody is safe.

After alleged reports of shots fired this morning at Blue Parrot, all BPM parties are shut down while police investigations are underway.

Speaking to Dazed, an eyewitness called Angel who attended the Elrow event at the Blue Parrot described the scene and said that she saw a man being taken into custody by police. She also confirmed that a shooting had taken place at The Jungle:

“We were at Elrow, in the back of the club. We heard what appeared to be gunshots but a worker told us to calm down, it was just fireworks. People (sic) started getting up and again the shots started. My friends saw the shooter running across the back of the club shooting into it through a metal rail. One of my friends saw a person shot and bleeding.

“Once the shooting stopped we jumped over that same fence and ran on the beach about 10 blocks. We were helped by some other party goers by letting us hang out in their hotel for a few minutes. They saw a guy shot in the head.

“After a few minutes we left that hotel and we saw police had a guy in custody and he was yelling ‘it wasn’t me’, as we turned the corner we heard another two shots and ran again. We finally found a taxi that stopped for us and brought us to our Airbnb.”

Authorities have not confirmed whether they have anyone in custody related to the shooting.

This story is developing, refresh for updates

Update: BPM Festival has released a statement confirming that four people have died and another 12 left injured after a lone gunman opened fire.

Police have yet to issue a statement on the whereabouts of the attacker, leading to suggestions the gunman is still at large.