The group are at work on a new album.

CocoRosie have released a new song titled ‘Smoke ‘Em Out’ featuring ANOHNI as a way “to inspire the weary-disappointed hearts of so many crest-fallen citizens” in the week of Donald Trump’s Presidential inauguration.

“‘Smoke ‘Em Out’ welcomes the new character who will be occupying the White House with a mob of women and children armed with forks and knives,” they write in a statement. “In the wake of this unnatural disaster, we feel a call to rise, shout, and burn the house down. The future is female.”

The band also revealed they are currently at work on a new album, their first since 2015’s Heartache City. As Pitchfork points out, bandmember Bianca Casady shared a poem with the song that “digs deeper into the subtext of the lyrics exploring the unending end of time ambiance and the idea that ‘the future is female,’ and a very necessary force to be reckoned with.”

Read the poem and listen to ‘Smoke ‘Em Out’ below. 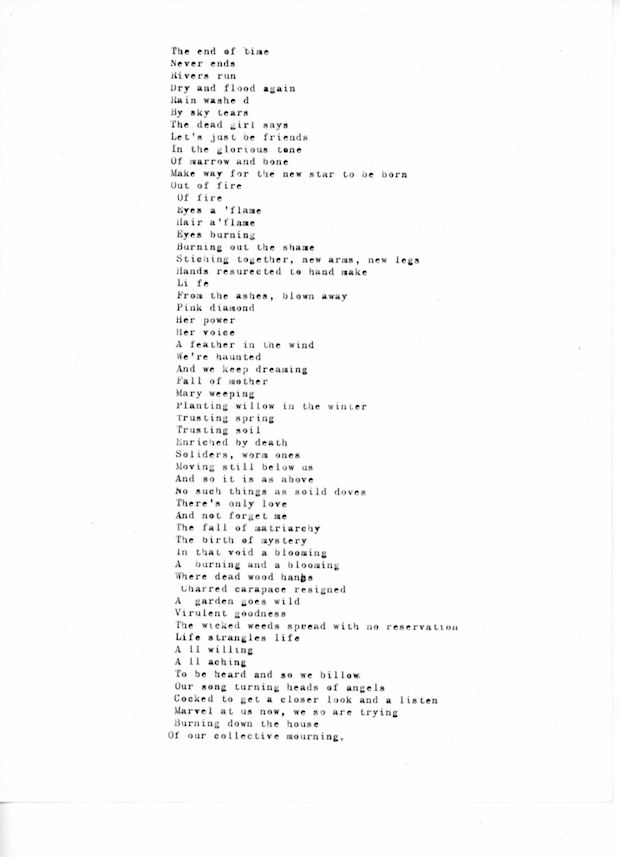