The singer is furious over the comedian’s SNL monologue.

Comedian Aziz Ansari hosted Saturday Night Live this past weekend and had some words for Donald Trump in his opening monologue. Some of those words included comparing him to one of the most reviled pop singers, calling Trump “basically the Chris Brown of politics.”

Chris Brown was unhappy with the comparison and took to Instagram last night, writing “FUCK NO!!!!!! Somebody tell ALADDIN HOP OFF MY DICK!” Aladdin, of course, being a reference to the popular Disney film based on a Middle Eastern folktale.

Brown also responded in a video saying he “can’t catch a fucking break” before threatening to leave the country. He added “don’t fucking trust what you see — even salt looks like sugar.”

Brown was criticized in 2012 for a “terrorists” group Halloween costume. 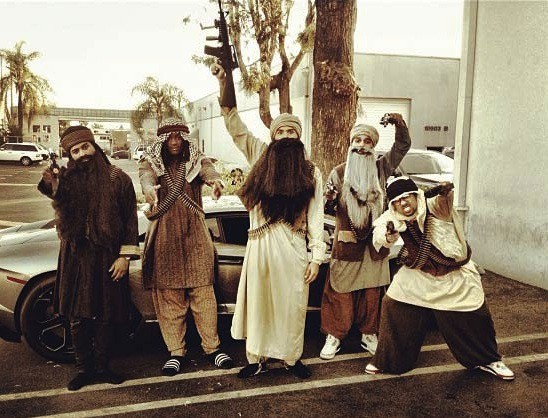 Last summer, Brown was arrested after a standoff with police for allegedly holding a gun on a woman in his home. He was released from jail on a $250,000 bail and bragged that the assault accusations only brought him “better publicity”.

Watch Ansari’s monologue in full below.