Butthole Surfers and Demdike Stare are also on the leftfield bill.

The full lineup for the inaugural Safe As Milk festival has been revealed, with the new additions topped by Detroit techno pioneer Jeff Mills and Afrobeat legend Tony Allen bringing their live collaboration to the UK for the first time.

Joining them in North Wales from April 21-23 are legendary weirdo-rockers Butthole Surfers, who play their only UK show of 2017 and their first UK show in five years at Safe As Milk.

Suicide’s Martin Rev will perform for the first time with Craig Leon, the producer of the first Suicide album and records by Blondie, the Ramones and The Fall. Also added are Blanck Mass, Forest Swords, Demdike Stare and Richard Dawson, who will be playing with a full band including Angharad Davies, Rhodri Davies and members of Pigs Pigs Pigs Pigs Pigs Pigs Pigs.

The festival will have a marketplace with stalls hosted by record shops and labels like Ninja Tune, House Of Mythology, PAN and Blackest Ever Black, and a host of artists will be exhibiting their work. 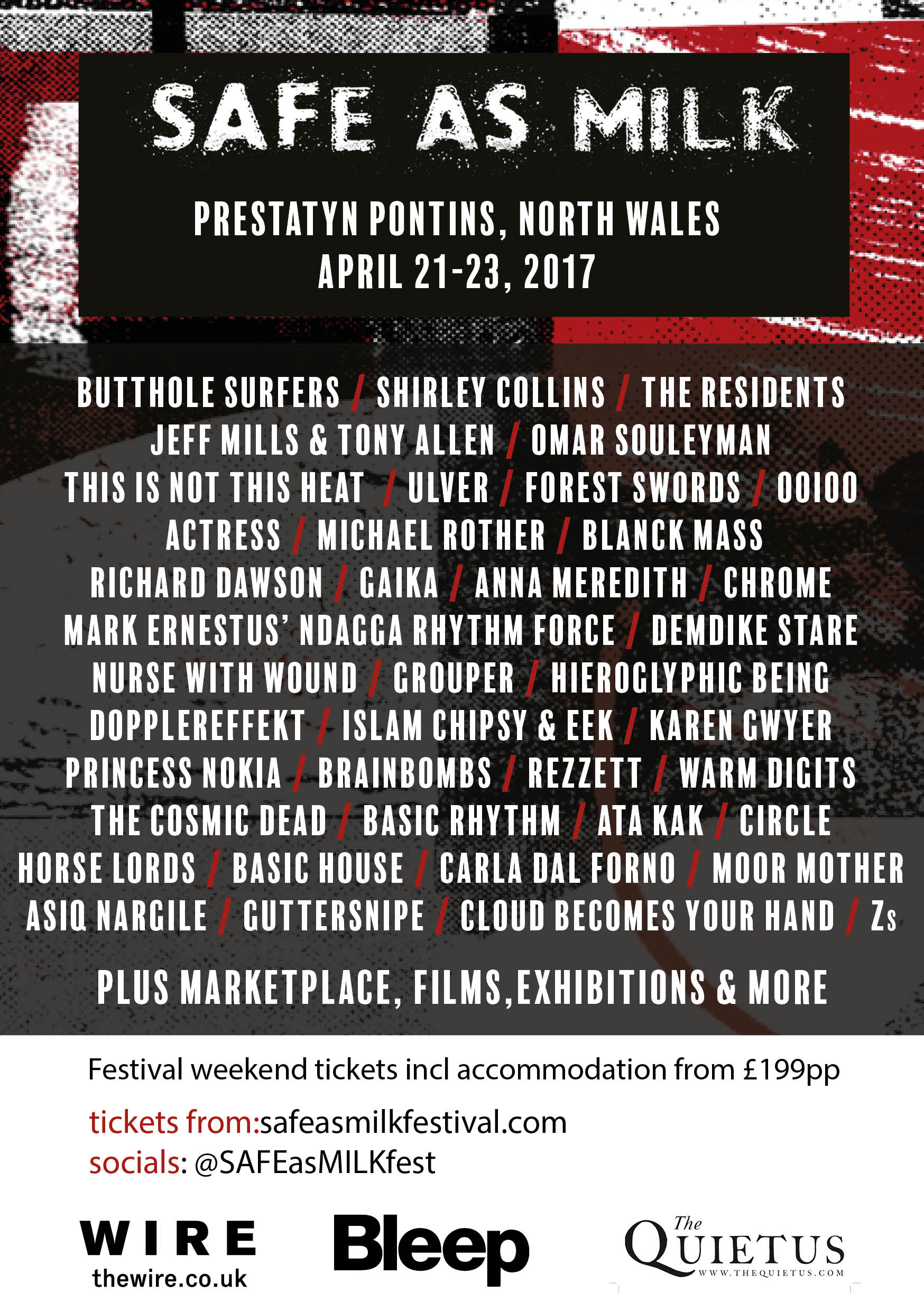