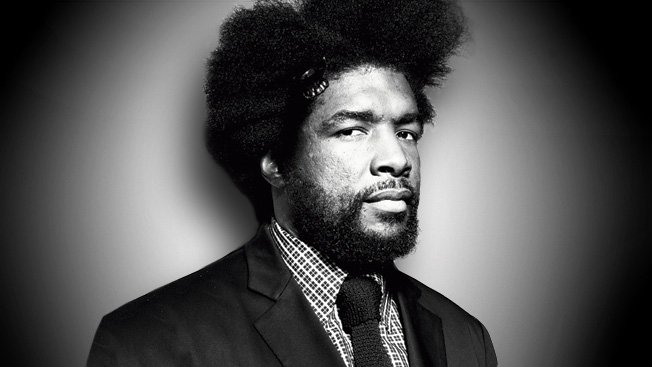 A-Trak, Ed Droste and other artists slam the executive order.

Questlove and Rihanna were among the musicians voicing their disgust at President Trump’s travel ban on Muslims overnight, as protests sprang up at airports across the US.

“History Has Its Eyes On You,” wrote Questlove on Instagram. “Know what is right. Know what is wrong.”

Rihanna called the news “devastating”, adding: “America is being ruined right before our eyes!”

Grizzly Bear’s Ed Droste said Trump’s executive order was “truly a dark chapter in our history” and called on fans to stand with refugees.

Disgusted! The news is devastating! America is being ruined right before our eyes! What an immoral pig you have to be to implement such BS!!

I actually literally CANNOT think think of a time where I've been so overwhelmed with sadness, anger and disgust at a person, his team and their supporters. What happened today to people who WORKED and PROTECTED US forces in Iraq and elsewhere and were already vetted to the highest level, literally makes me sick. It takes a truly cold and evil heart to close the door on the most needy, not to mention people who HELPED US. Shame on this man, and anyone who supports/supported him. Truly truly truly a dark chapter in our history. #istandwithrefugees #istandwithplannedparenthood #notmypresident #shame ps. Hi @ivankatrump , you follow me! What is wrong with you ? Honestly how can you sit by why all this is happening. SHAME

Fool’s Gold boss and DJ A-Trak, Arcade Fire frontman Win Butler and Kristin Kontrol were among other musicians tweeting their solidarity with immigrants and refugees.

Steve Jobs father was Syrian and he was adopted in to an American family. This is absolute madness and completely against American interest

Last night Grimes donated $10,000 to a Muslim civil rights advocacy group by matching fan donations raised in just a few hours, while Sia has pledged to give up to $100,000 to the ACLU.