Space is limited but the class is entirely free.

E.M.M.A. and her Producergirls collective, which she formed alongside P Jam, Dexplicit and Ikonika, have taught a handful of all-women electronic music production classes at the Radar Radio studio in London. Next month, she’ll be taking the workshop to Glasgow, where she will teach it alongside Nightwave.

“I’ve built a dream team of amazing producers with Dexplicit, Ikonika and P Jam to encourage more girls to take up music production” E.M.M.A. says of the project. “If we create a fun environment together with the tools, expertise and support needed to get people off the starting blocks, I think we could be onto a good thing.”

Nightwave is a perfect candidate to teach the course, not only because she is a boss as both a producer and a DJ, but because she has actively been fighting sexism in the dance music community.

Last June she spoke out against the Boiler Room forum commenters hurled insults at her during a set. Not standing for it, she tweeted: “Good to see all the experts in the Boiler Room chat! Thanks! Come clean my flat sometime.” Her response encouraged Boiler Room to take more action against the misogynistic trolls in their comment sections and forums.

The workshop will take place at Glasgow’s SWG3 on Saturday March 4. Space is limited to only 15 students, but the class is free and attendees with receive Ableton intro software to work with. More information, including the workshop application, here. 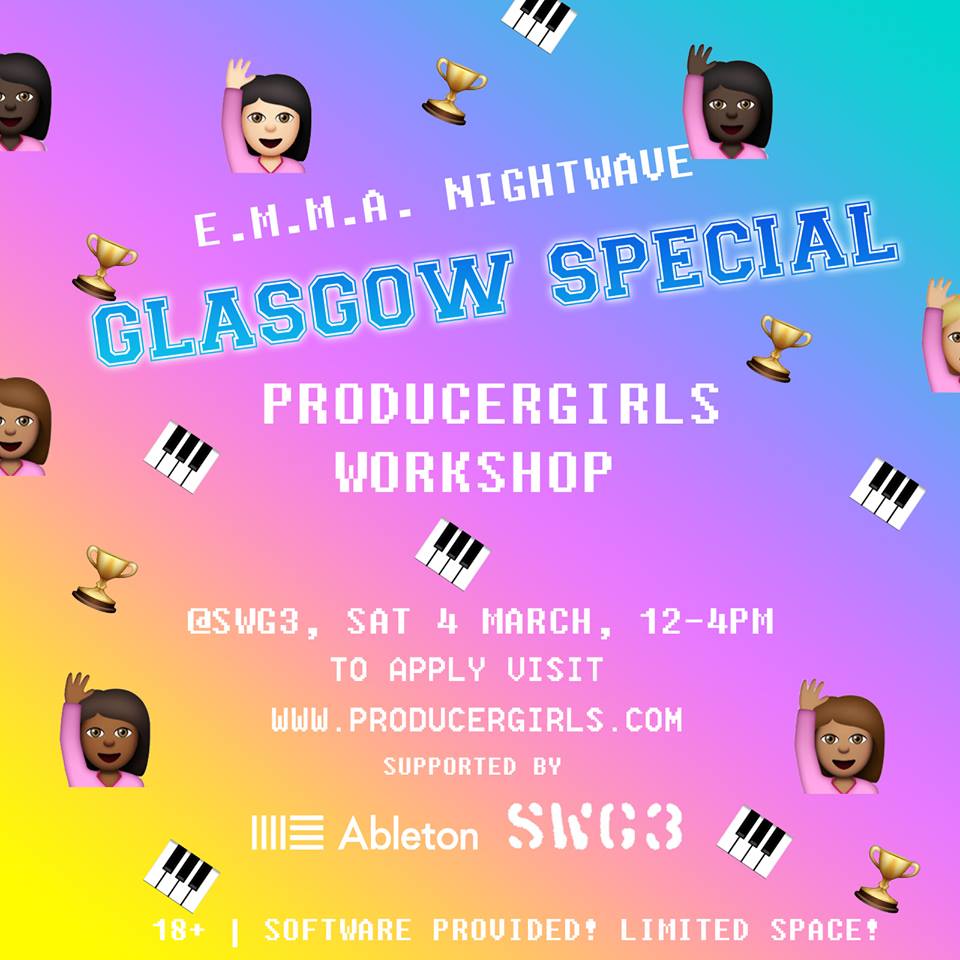