Why wireless headphones aren’t as bad as you think

Since Apple dropped the headphone jack from the iPhone, the need to consider wireless headphones has become a lot more pressing. Scott Wilson explains why the technology is far better than Apple’s AirPods might suggest.

Since Apple announced it was getting rid of the iPhone headphone jack last September, I’ve been living in ignorance. Like Brexit or the impending collapse of western civilization, I’ve been telling myself “I’ll worry about it when I have to,” which, now my iPhone battery is starting to fail, is sooner than I expected. I’ve owned every type of portable music player from the cassette Walkman to the iPhone, and never had to worry about whether I’ll be able to plug my existing earphones into whatever my next audio device is, so Apple’s decision to remove the headphone jack left a bad taste. Its flagship pair of wireless headphones, AirPods, are already the subject of ridicule, hit by complaints that they’re too expensive and way too easy to lose.

In this brave, headphone jack-free world, there are two main alternatives. Either buy some headphones with a Lightning cable that you’ll only be able to use with your iPhone, or go wireless. The second option is a no-brainer: at least a decent pair of wireless Bluetooth headphones will work with any mobile device and most computers. Also, the selection of Lightning headphones is small and most are prohibitively expensive. For example, the Audeze EL-8 headphones cost $799.95. Are people really paying that much to listen to Spotify on their phones?

I recently had my first taste of listening to music without a traditional headphone jack, and it hasn’t been anywhere near as bad I thought it would be. In fact, I’m willing to admit that Apple was right to get rid of it, if only because it’s forced me to accept wireless headphones are the way forward. For the past week I’ve been trying out Apple’s new BeatsX wireless earbuds, and while it’s wrong to say they’ve changed the way I listen to music on my phone, they’ve definitely improved the experience in small but noticeable ways. 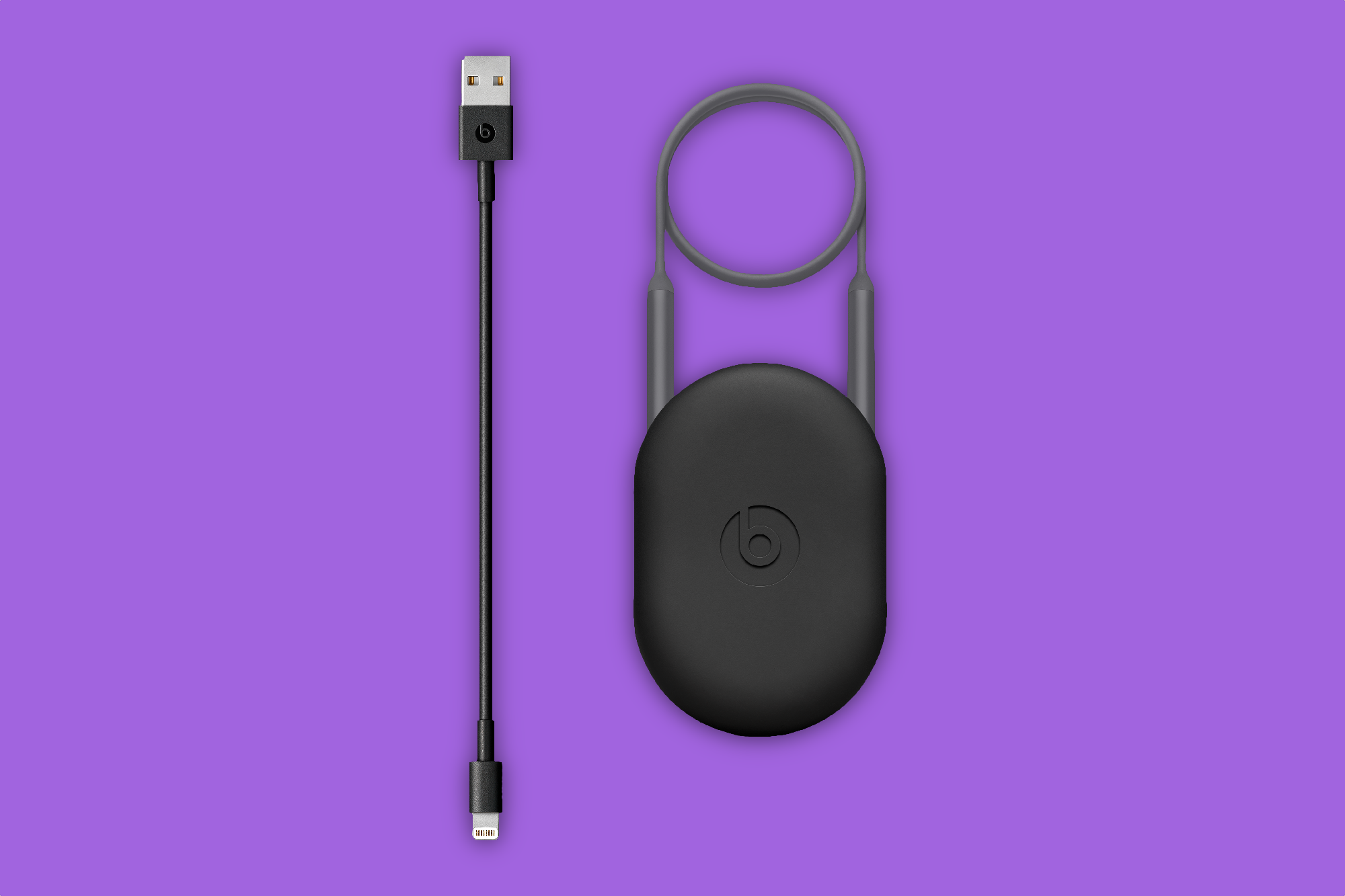 First, wireless earbuds are liberating. It’s difficult to appreciate how annoying having your headphones tethered to your phone actually is until they’re not. I’m the kind of person that keeps my phone in my pocket, and I’m always finding myself pulling the cord out when I want to change a track or look at my browser. As someone who’s also paranoid about being pickpocketed on public transport, it means I can hide the phone deep in my backpack while still being able to listen to music.

One of the general assumptions with wireless headphones is that having to keep the battery topped up will be a hassle. My experience has been far less problematic. The BeatsX earbuds offer two hours of playback on a five-minute charge from the same Lightning cable I charge my iPhone with, or eight hours for 45 minutes charging time. This is quicker than most other models on the market, but JLab’s Epic 2 headphones, for example, last 12 hours on a single charge, which is more than enough power for the average week of commuting.

Then there’s the design. Unless you’re going for bulky over-ear headphones, most wireless earbuds follow the same formula. Two buds on a single cord, sometimes with a neckband, with a small battery. A lot of models have magnets in the buds, which, when snapped together, create a loop that’s impossible to tangle. This approach removes the weak link in almost every pair of earbuds I’ve had to dispose of: the tendency for wires to wear and get pulled out after lots of twisting and winding to keep them tidy.

Sound quality is another factor that’s improved dramatically over the past few years. You’ll almost certainly have to pay slightly more money for the equivalent audio quality you’d get from wired headphones, but as the competition becomes stronger and costs reduce over time, this will inevitably change. The best pair of buds I’ve owned is this inexpensive pair from SoundMAGIC, which have also outlasted any other. To my ears the BeatsX sound as good as those, which is high praise.

However, the most important factor for anyone wanting to be convinced of the merits of wireless headphones is going to be price. Apple’s BeatsX earbuds are $149.99, which is cheaper than its ridiculous AirBuds, but still eye-wateringly expensive for most people. I like them, but I don’t they’re worth that much, especially in comparison to most wireless earbuds on the market. Have a quick scan through Amazon and you can find pairs for as little as a pair of wired earbuds. Amazon’s best-selling model, the $25 Mpow Bluetooth, has an average four star rating from over 4,000 reviews.

Apple’s decision to kill the headphone jack won’t be the end of wired headphones. For DJing, production, filming and any other commercial use, the traditional headphone jack will live on for a while yet. Professionals need their devices to be stable, and Bluetooth has yet to make its way to a lot of products outside phones and computers. But as far as phones go, it makes a lot of sense. Phones are about portability, and having long wires trailing out is cumbersome.

If there’s one unknown about wireless earbuds, it’s how long their batteries will last in the long term. All lithium ion batteries deplete after a certain number of charges, but everyone uses headphones to a different degree: it could be a year before they’re useless, or it could be three. However, given a choice between throwing $30 at another pair of Sennheisers that will probably break in a year anyway or spending a little more on a pair of Bluetooth earbuds that may only last two, I couldn’t imagine anything other than wireless. 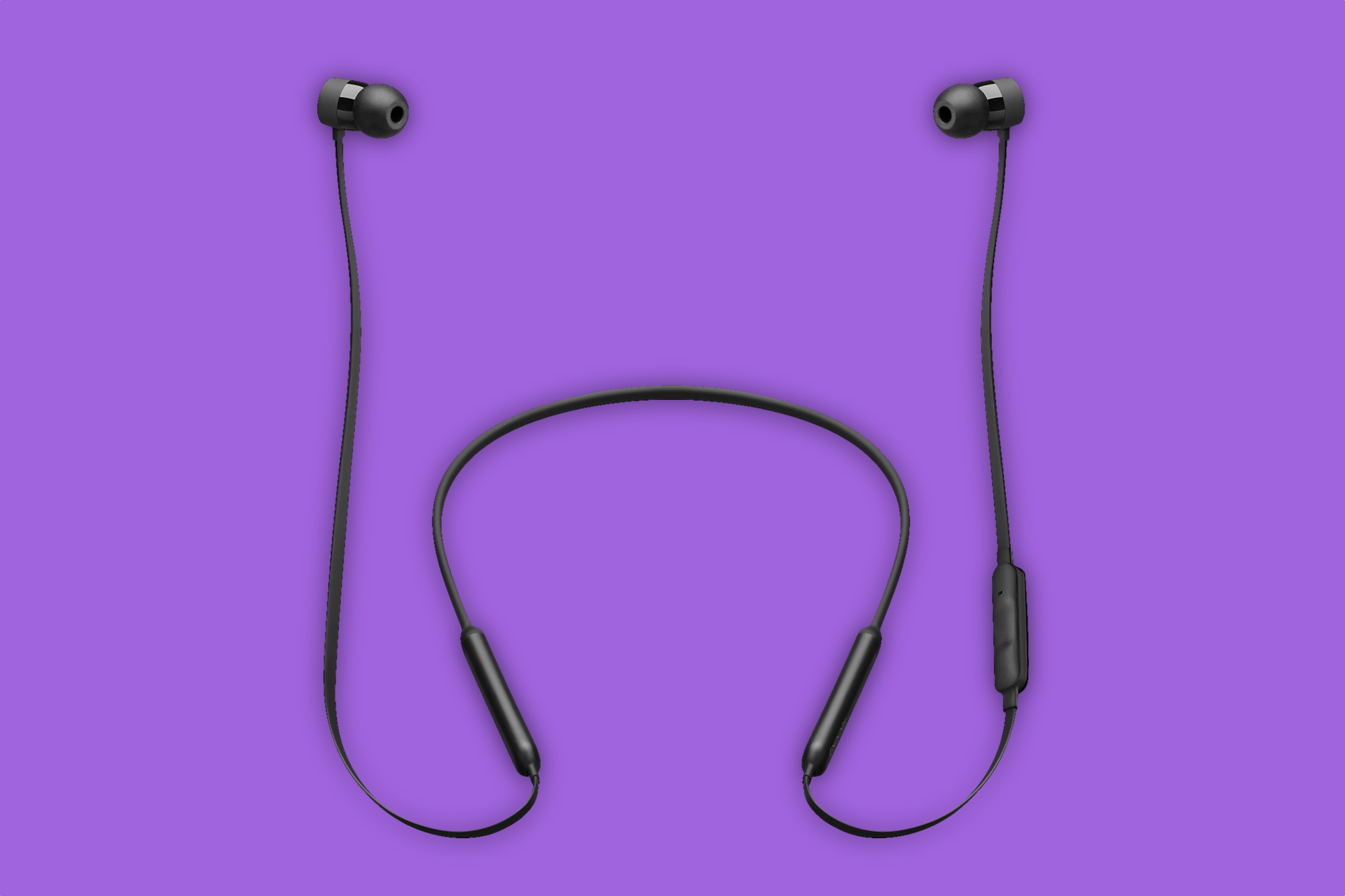 One of the biggest mistakes of Apple’s iPhone 7 launch was to make AirPods its flagship wireless earbuds because… well, would you wear them? Not only do they look awkward, they have a tendency to fall out and get lost, to the point where Apple has added AirPod support to the Find My iPhone app. Its BeatsX earphones on the other hand, are the headphones AirPods should have been. They’re surprisingly understated for Beats, and offer two hours from a five minute charge. They’re a little overpriced, but the sound quality is good enough to justify it and you get three months free Apple Music with them too. 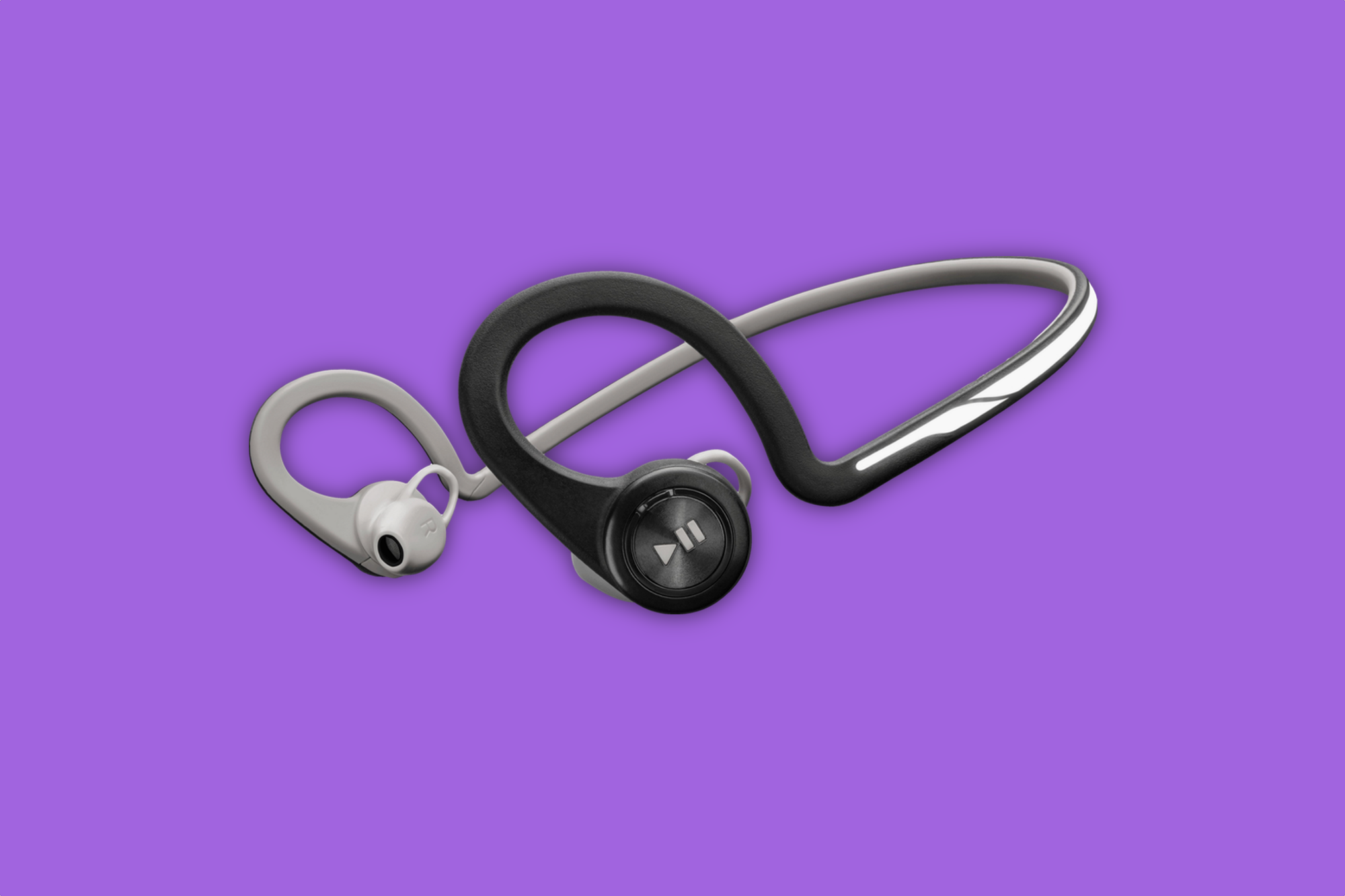 If you want some mid-range wireless headphones that will also be suitable for running, Plantronics’ Backbeat fit are almost half the price of Apple’s BeatsX, and hook around your ears for stability. They provide eight hours of listening on a single charge, however some people will find the controls a little tricky to use, being positioned on the earbuds themselves rather than an in-line remote. 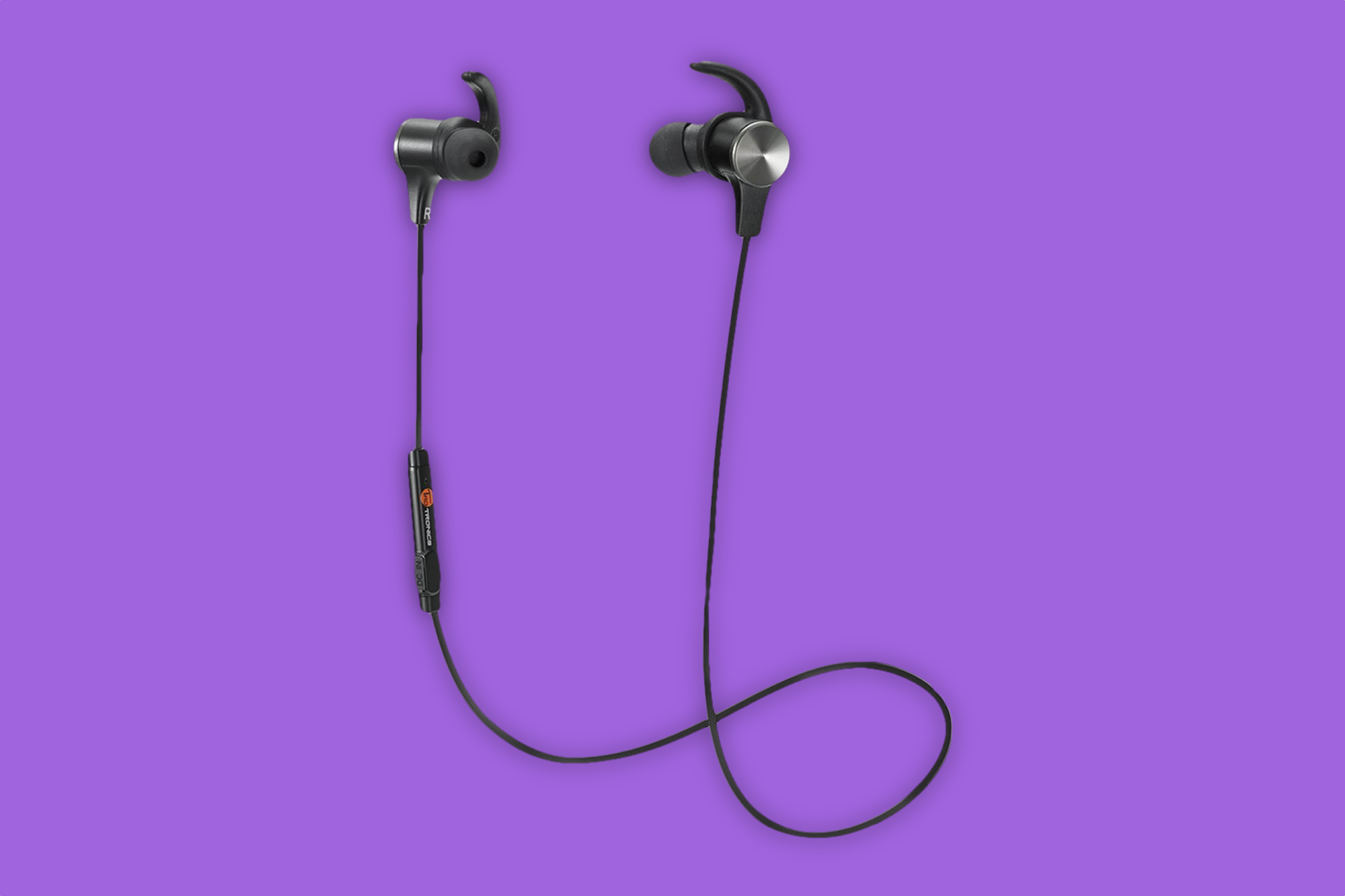 If you just want some throwaway Bluetooth earbuds that you don’t have to spend too much to replace, Amazon is full of them. One of the site’s best selling models in both the US and UK is TaoTronics’ no-frills Bluetooth earbuds. They sport many of the same features as Apple’s BeatsX buds, but the battery life takes a hit – you only get five hours to BeatsX’s eight. Despite the price, customer reviews are mainly positive – though audiophiles should probably steer clear.