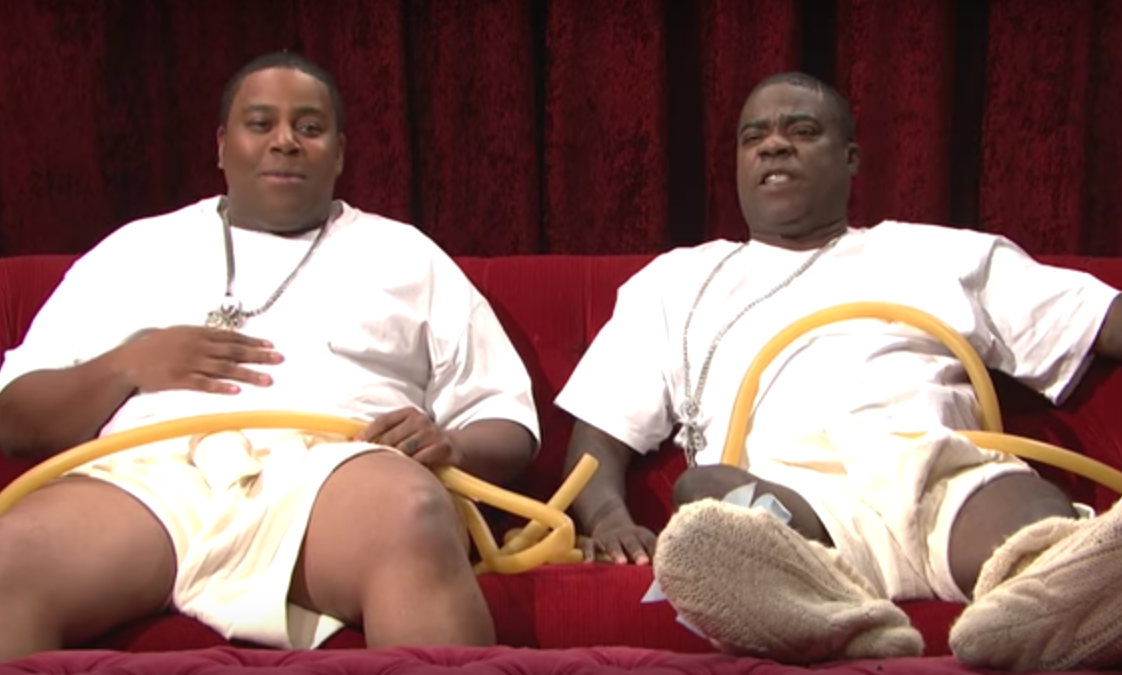 Tracy Morgan and Kenan Thompson ponder their mother’s identity and try out the recording studio.

In the clip, we meet babies Tracy Morgan and Kenan Thompson inside their mother’s belly (with Bey played by Sasheer Zamata) as they ponder their mother’s identity (“When people meet her they scream, so she’s either a beautiful queen or a goblin”) and enjoy their luxurious surroundings (“There’s a recording studio in here!”).

Beyoncé announced her pregnancy last Wednesday, leading to speculation about whether she will still headline Coachella in April. The singer is slated to make over $1 million for her two weekend headlining slots, but she could stand to get the same payout even if she is unable to perform.

Meanwhile, Beyoncé is the next artist be given the Rockabye Baby treatment with an album of gentle lullaby versions of her songs on the way.