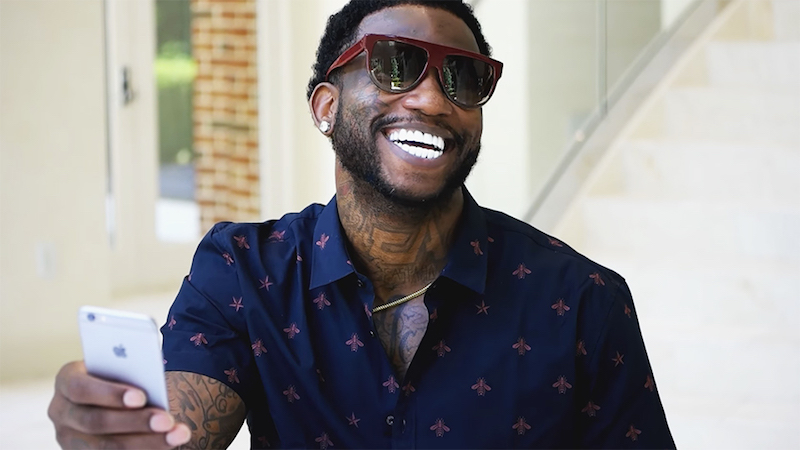 The two reunite after their song on Gucci’s Diary of a Trap God.

“You look fucking handsome as shit, first of all,” Manson tells Gucci before the two dive into topics like Gucci’s experience in prison and what to expect from his future live shows.

“When I was locked up and they put me in the hole, this is what I was doing to keep my sanity. This is how I was protecting myself,” Gucci said of writing his upcoming memoir for Simon & Schuster.

Alongside the book, Gucci will embark on a tour. “I ain’t gonna lie, I think I could be a hell of a rock star. I’m a free spirit, I love having fun, I don’t give a fuck. Even the way I record, the way I perform, I’m unstructured. I just let the wind blow through me,” he tells Manson. “I want to look like Liberace, just big diamonds, shining. But I want the production to be like the [Flaming] Lips. I want the crowd to feel that sweat, like Hendrix.”

Manson also pried Gucci for his thoughts on Donald Trump and his answers were a bit surprising:

Here, though, is perhaps the crowning jewel. Manson asks, “Can I just ask you, what the fuck did it mean when you sang the lyrics, ‘panties, hid in the pantry’?”

Gucci responds, “It’s like a wild sex night. You went to Vegas, you’re drunk. You wake up the next day and the girl’s like, where my panties at? And you’re like, oh they’re in the refrigerator. How the fuck did they get in the refrigerator? Don’t nobody know.”

Read the interview in full here.

In 2013, Gucci and Manson collaborated on the track ‘Fancy Bitch (Pussy Wet)’ for Gucci’s Diary of a Trap God. Check it out below.