Errorsmith, Avalon Emerson and Midland also appear at the one-day event in August.

Optimo will celebrate 20 years of their Glasgow club night with a one-day festival in the city featuring a huge line-up of artists from the world of house, techno and beyond.

Taking place across three stages at The Galvanizers Yard on Glasgow’s Eastvale Place on August 6, Optimo’s JD Twitch and JG Wilkes will appear on the bill with The Black Madonna, Ben UFO, Aurora Halal and Midland.

“We could never have imagined that what started out as a small gathering of like minded freaks on Sunday nights at The Sub Club back in 1997 would flourish and endure two decades later,” the duo said in a press release.

“We felt this was something that deserved celebrating, so to mark this event we have decided to put on a one-day festival / party in conjunction with our friends at SWG3. We will be the first music event to take over the Galvanizer’s Yard next door to the SWG3 complex, as well as using parts of the building to present three stages that we feel represents the music and ethos Optimo has loved and championed over the years.”

“Everyone we have invited is someone we feel a close affinity with personally and musically along with a few acts we have long wanted to bring to Glasgow but didn’t have the opportunity to do so until now.”

The event runs from 2pm to 11pm, and more acts are to be announced at a later date. Some of the festival’s profits will be donated to Glasgow’s Coalition For Racial Equality & Rights and to various foodbanks in the city.

Ticket information will be announced on the Facebook event page at 4pm GMT today (February 21). 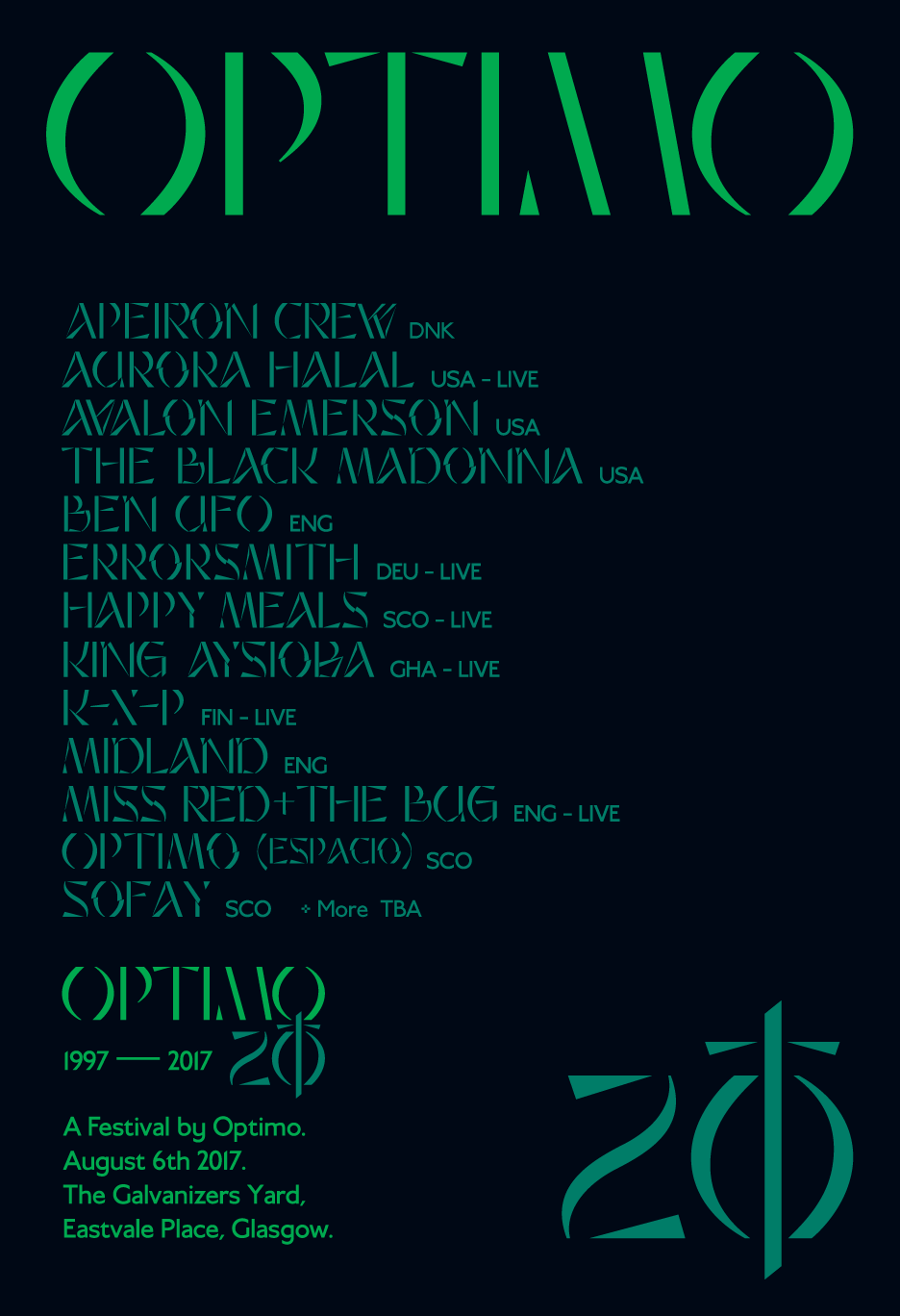