Pink will also headline the Staffordshire and Essex festival.

Jay Z has been revealed as the headliner for this year’s V Festival. The news was leaked in a now-deleted tweet from Ticketmaster, which showed the line-up so far including Craig David, Stormzy and Sean Paul.

Pink is named as the weekend’s other headliner, with Ellie Goulding, Rudimental and Jess Glynne also appear on the pop-leaning lineup.

Tickets go on sale on March 3. V Festival takes place on August 19-20 at Weston Park in Staffordshire and Hylands Park in Chelmsford, Essex.

Earlier this week Jay Z became the first rapper to be inducted into the Songwriters Hall of Fame.

He also appeared on Frank Ocean’s first Beats 1 show to talk about why good tracks don’t always make it to the radio. Meanwhile Swizz Beatz unearthed a vintage Jay Z verse on a track featuring DMX, Nas and Jadakiss. 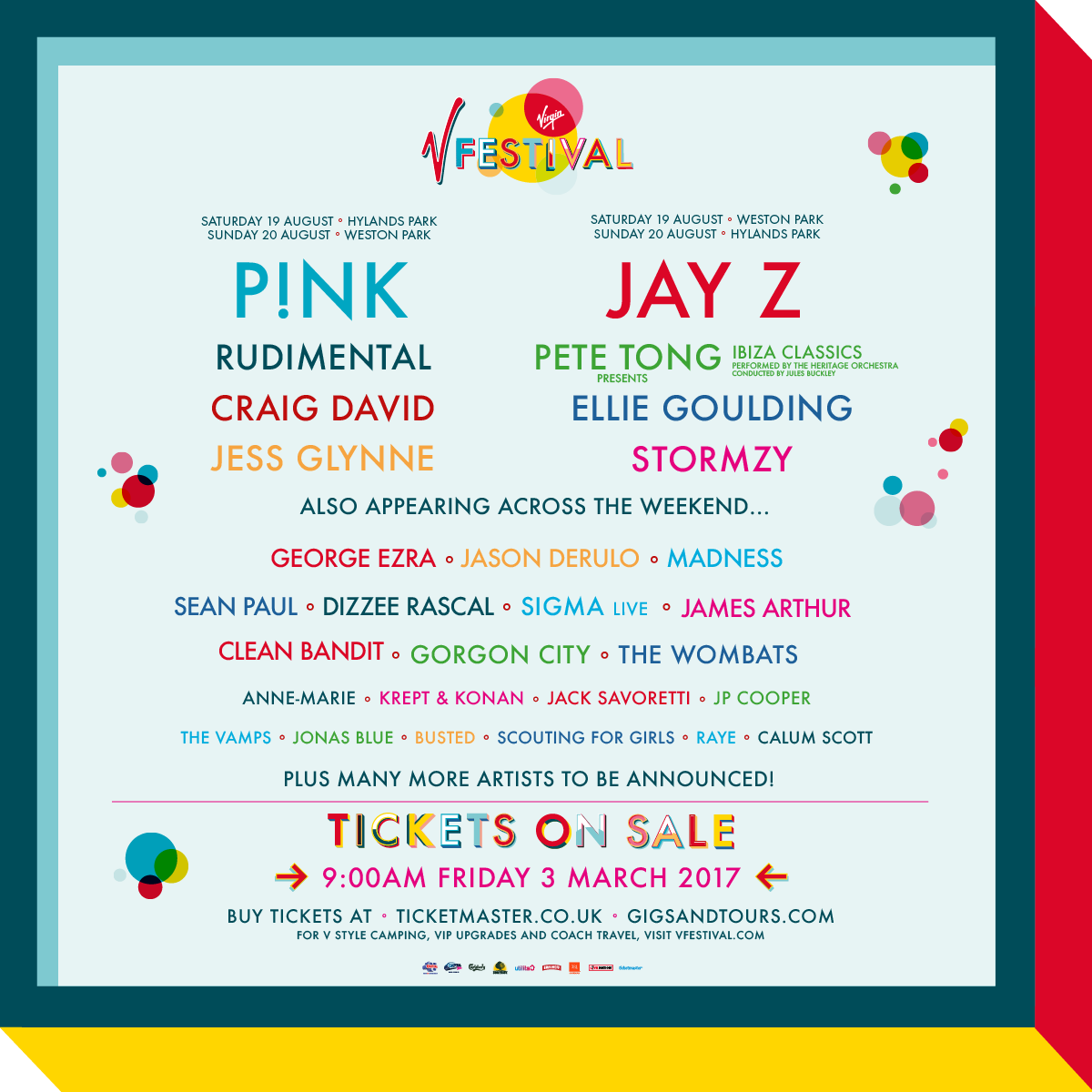