This minimal new record player is “just a wheel”

An upside down deck.

In the last few years there’s been an explosion in novelty turntables vying for your affections. We’ve had floating, platterless, vertical and even smartphone-controlled rotating record players, each of which has sought funding on Kickstarter to slake a design demand you didn’t know you had.

Such is the current state of affairs that the introduction of a new turntable that plays records from the bottom up on a rotating wheel hardly raises an eyebrow. But that’s exactly what The Wheel is promising. 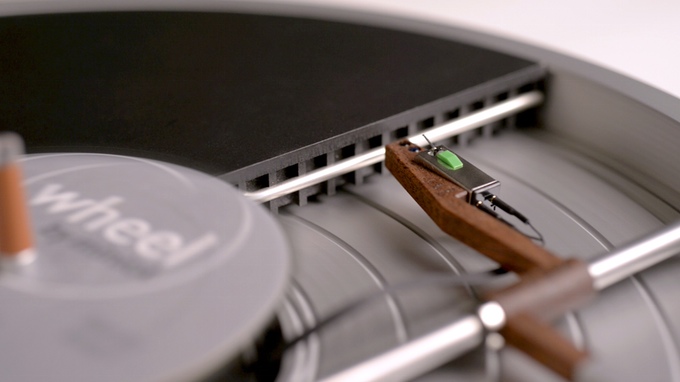 Rather than using an external stylus and tonearm, this deck contains all its mechanics within the platter to give the impression of a minimal, spinning record without visual interference. Instead of having buttons on the deck itself, the Wheel is controlled by tweaking the center spindle, and it connects wirelessly to your audio system.

Placed upside down inside the platter, the tonearm and non-replaceable Audio Technica AT95E cartridge tracks the record from beneath, supposedly protecting it from wear, dust and damage. The design also ensures you can use it both horizontally and vertically. 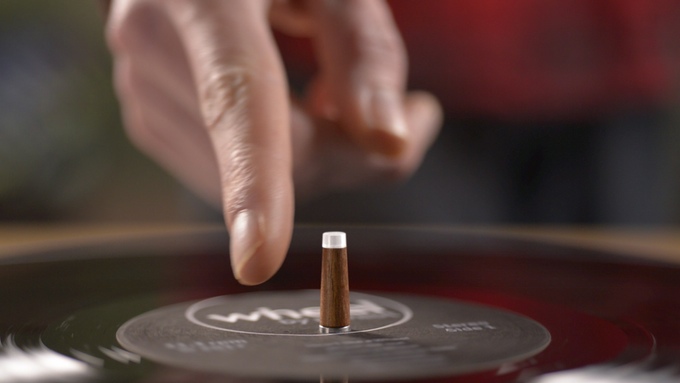 The Wheel is made by Dutch family-business Miniot and has already way exceeded its €50,000 goal with over two weeks to go. Find out more about the design from its Kickstart video below and consider pledging here.