No Bounds festival launches in Sheffield with Nina Kraviz, Steve Hauschildt and Mumdance

A new festival for music, art and technology in Sheffield called No Bounds will hold its launch party on June 9, with Nina Kraviz, Steve Hauschildt, Mumdance and more.

The inaugural No Bounds festival is scheduled for October 13-15, with the line-up set to be revealed in the coming month. Tickets for the launch party can be purchased via the No Bounds website. 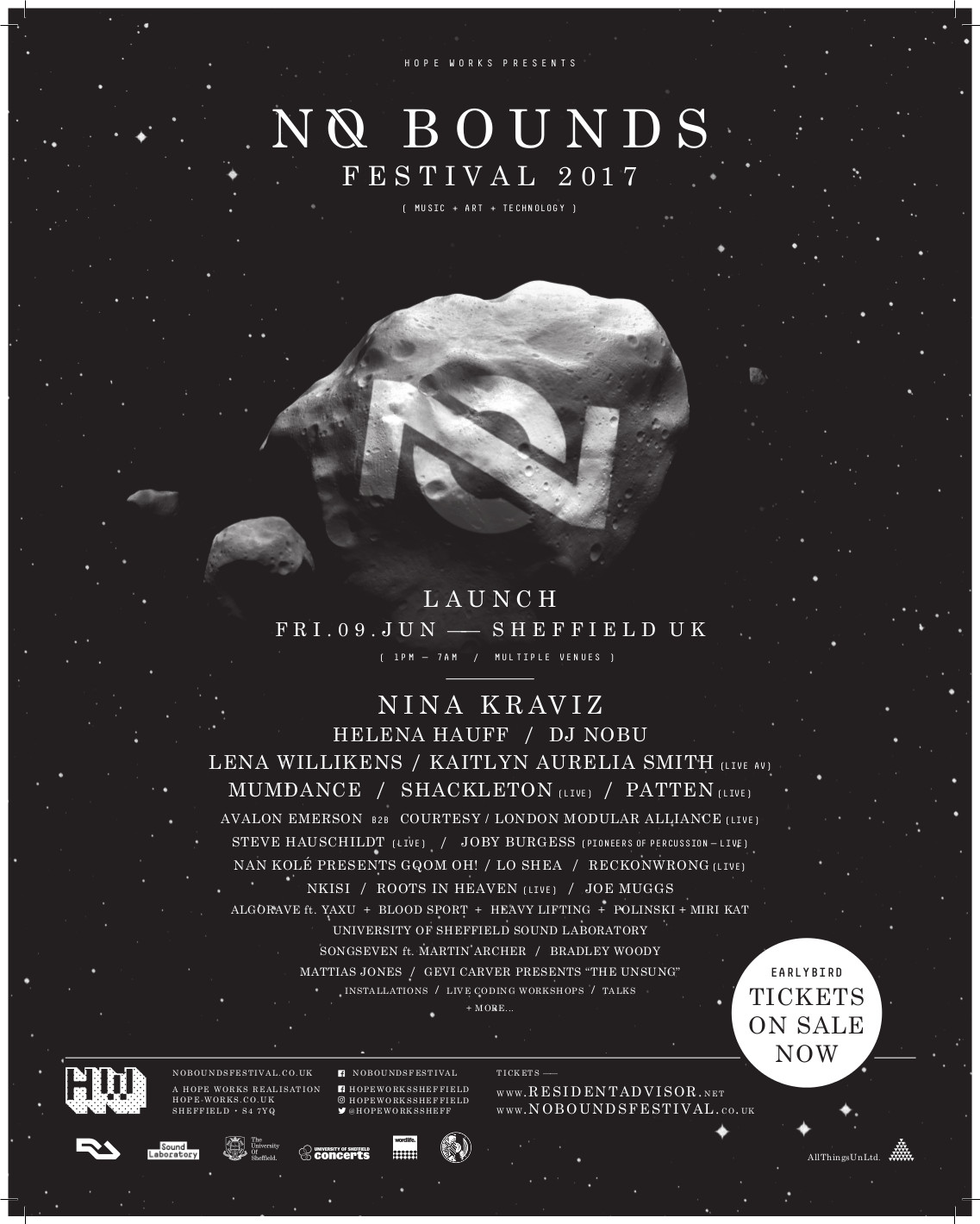