Grimes’ Visions is getting remade as classical music 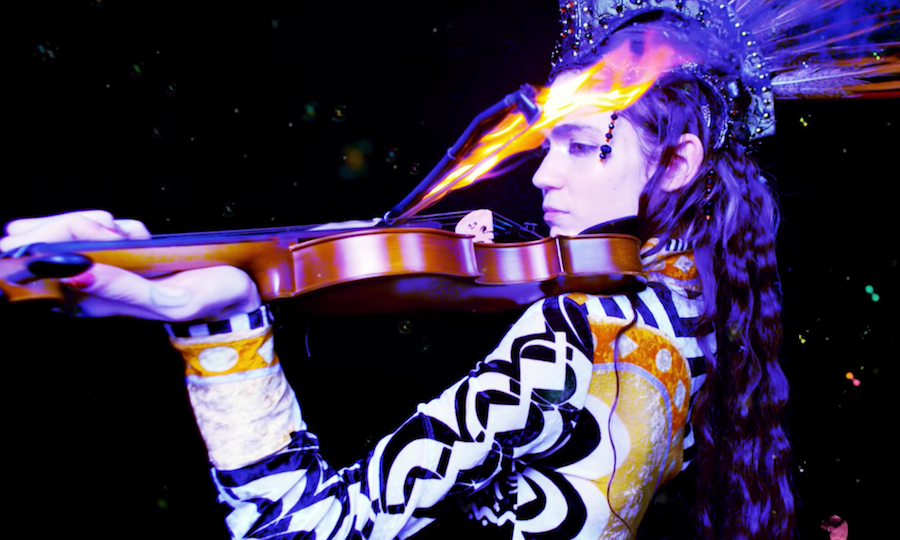 The performance will tour Canada this month.

Grimes’ breakthrough album Visions has been reinterpreted by the Canadian classical ensemble Plumes for the upcoming concert series “Many Visions: Plumes Deconstructs the Music of Grimes.”

The trio, which consists of singer/guitarist Veronica Charnley, composer and multi-instrumentalist Geof Holbrook and harpist Éveline Grégoire-Rousseau, commissioned 13 different composers to adapt each of the album’s tracks. Holbrook explained to MusicWorks that they conceived the project at Winnipeg’s Cluster New Music and Integrated Arts Festival in 2015.

“The theme of the festival is dismantling, taking something apart and reconstructing it,” Holbrook said. “So maybe that means reinterpreting or magnifying or exploding — we gave them pretty wide scope.”

“We want to think about interpretation and rearrangement, not only in terms of musical material but also in terms of the spirit of an artist,” festival co-director Luke Nickel told the publication. “That led us to Grimes, whose DIY attitude seems to resonate across genres.”

NOW Toronto discussed the project with composer Monica Pearce who took on ‘Nightvisions’, originally a collaborative track with Majical Cloudz, and described the “tricky but fun” process to notate Grimes’ music.

“It’s a very electronic, synthy and reverby track,” Pearce said. “Since they don’t have a percussionist, I ended up using the harp as the beat-making part, so the harpist plays the body of the instrument to get the percussion aspect of it.”

“Many Visions” will tour Canada throughout the month with plans to make a performance available to stream. [via Pitchfork]