This year, acclaimed Amsterdam crew Dekmantel turns 10, and they have a typically explosive celebration planned – an ambitious series of 10 EPs.

Starting in March and continuing each month throughout 2017, the series will feature a host of artists that have helped inspire and build Dekmantel throughout the last decade. 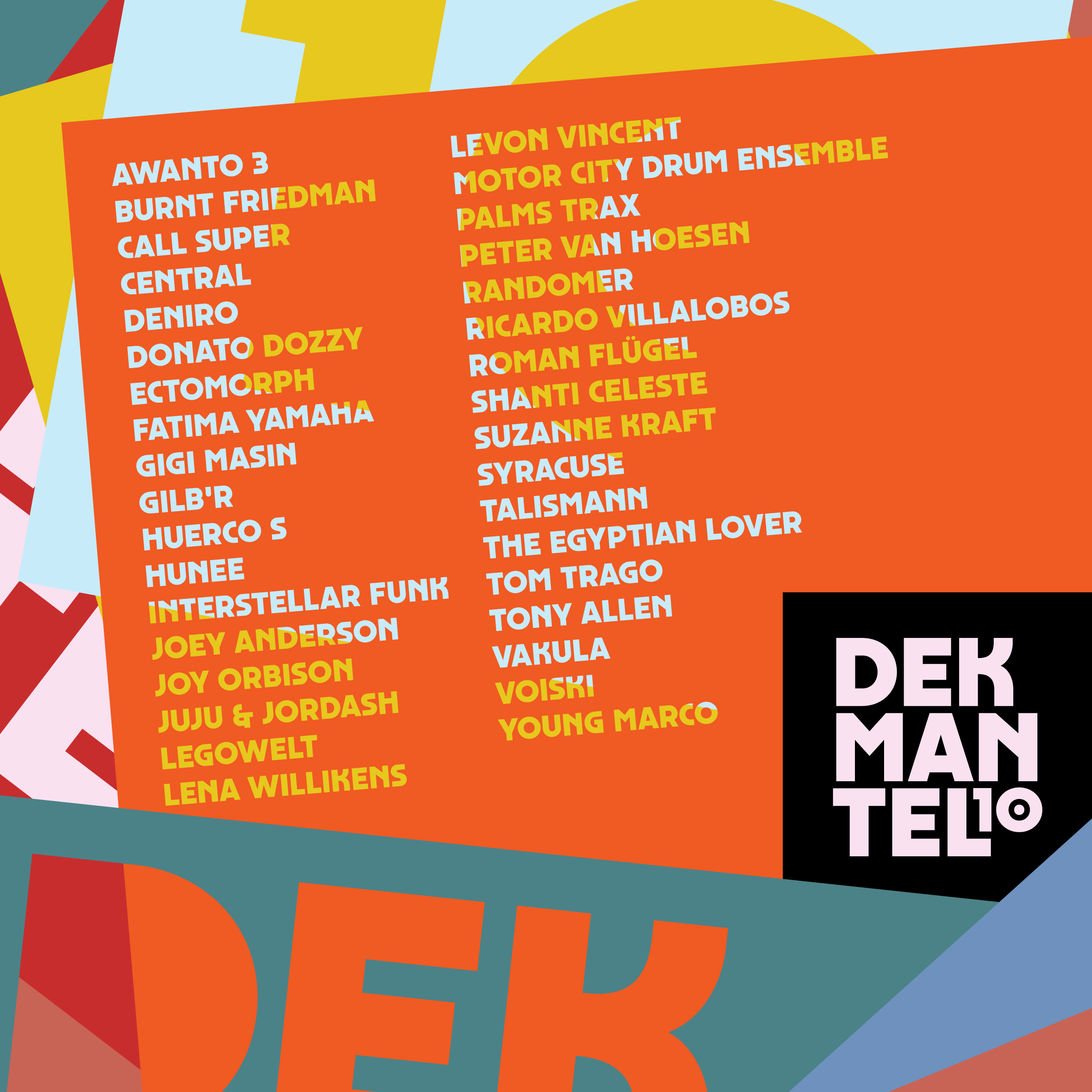 As the series goes on during the year, appearances are promised from Lena Willikens, The Egyptian Lover, Donato Dozzy, Fatima Yamaha, Joy Orbison, Ricardo Villalobos, Tony Allen and more.