A month’s worth of events comes to the city this spring.

RBMA has unveiled the schedule for its 2017 New York Festival, a month of events including a multimedia installation from Solange at the Guggenheim Museum, a piano bar show from Gucci Mane and Zaytoven and Moodymann playing a tribute to Prince.

The festival kicks off April 29 with Fluxo, a party highlighting Brazil’s bass music scene and closes May 21 with a massive tribute concert to Alice Coltrane.

In between are events such as Sacred Bones’ 10 Year Anniversary show, a conversation with director Werner Herzog and a 10-hour ambient marathon featuring newcomers like Visible Cloaks and living legends such as Laraaji.

Take a look at the full schedule below and learn more here. 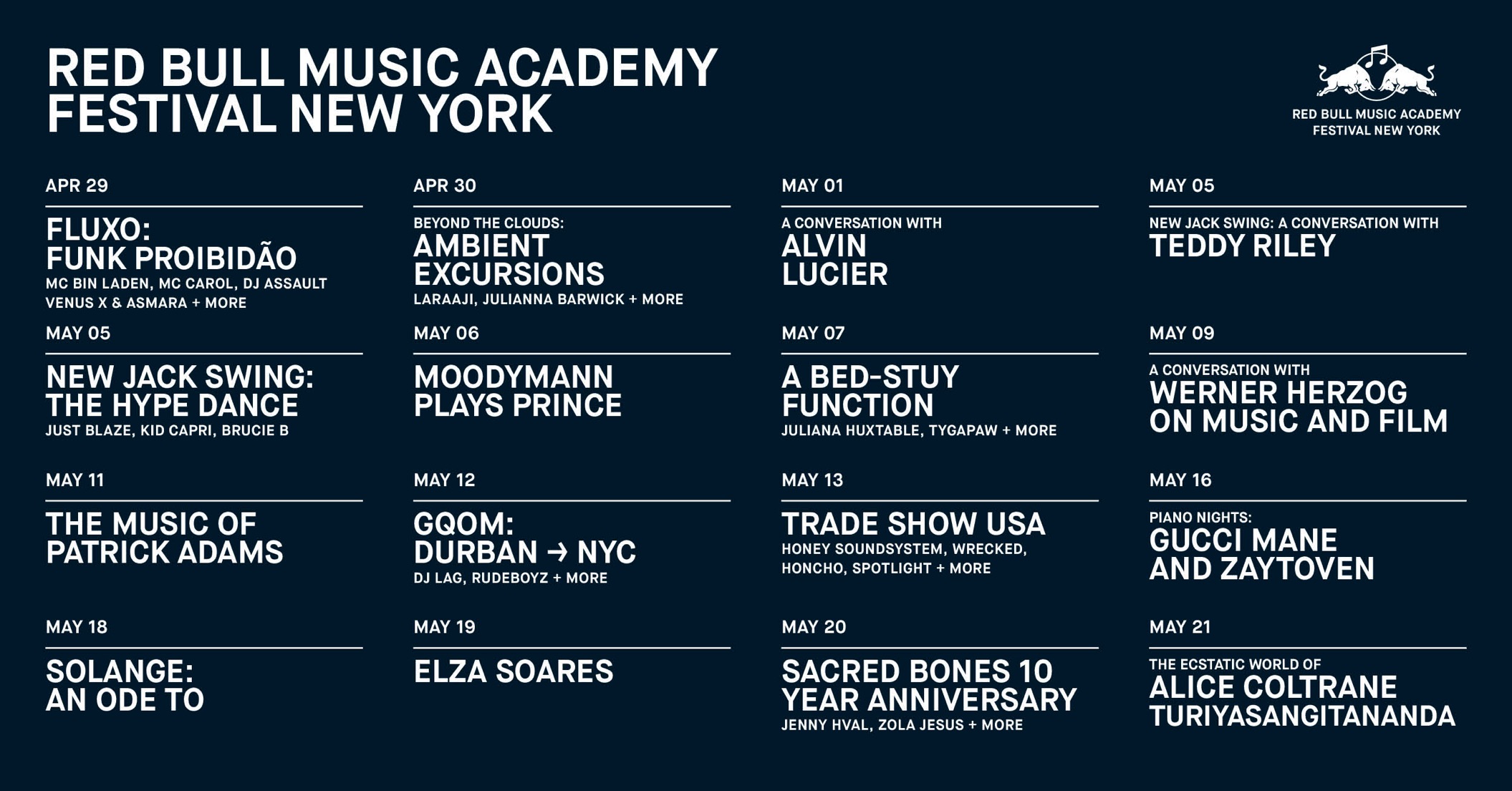