A huge Prince mural has appeared in London

The luminous street art was installed by a climate charity.

A huge mural of Prince has appeared outside a venue in north London on the anniversary of his death. Depicting the Purple One in his late-period pomp framed by luminous rainbow colors, the mural can be found on the back entrance to the Electric Ballroom in Camden, where he played a surprise gig back in 2014.

The climate charity 10:10 commissioned the piece in honour of Prince’s contributions to environmental causes and to launch a six-week campaign to provide solar panels to food banks and charities.

The mural is sadly set to be removed on June 7, despite much of Camden being covered in far less accomplished street art. Time to start a campaign? 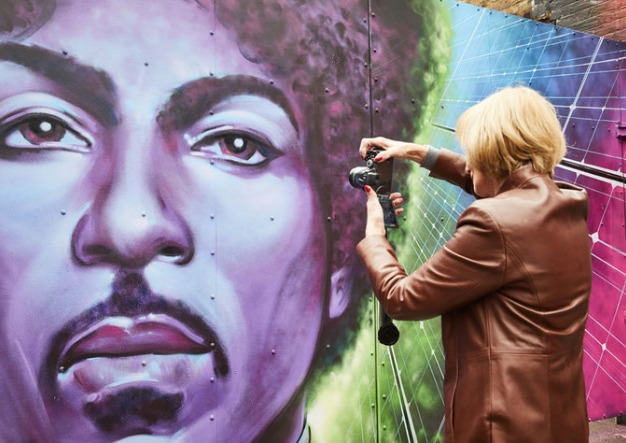 It’s the second street art tribute to Prince to have appeared in London since his death last year, joining a framed mural in Turnpike Lane.

An EP of previously unheard Prince music was due to land on streaming platforms this week, but the release was reportedly pulled after the estate issued a lawsuit.

The majority of Prince’s albums finally arrived on streaming services in February. Salute the icon with our journey through Prince’s 10 essential records.